As various storms were gathering out in the Atlantic, all on course to batter our shores, Galway hurling was bracing itself for a storm of another sort.

That was a snapshot of the world at the back end of 2015 - a time when Anthony Cunningham finally bowed to player power and resigned as Galway manager. Speaking to RTÉ at the time, Cunningham said: "I'm extremely gutted, disappointed really. I suppose the mind boggles, really.

"Just a few short weeks ago, we were within half an hour of winning an All-Ireland final, our second All-Ireland since 2012.

Time has moved on, a chance then to take stock of things.

"There was never a dressing-room issue. Players did buy in to what we were doing."

Reflecting on those turbulent few weeks from last autumn, Cunningham does not shy away from outlining his disappointment at not getting another season to try and win that elusive All-Ireland title for the Tribesmen.

"It was difficult and there's no point in saying it wasn't," the former manager told RTÉ Radio's Sunday Sport.

"It [player power] is becoming more prevalent in the GAA at both club and county level. No one is guaranteed a position, but for what we done last season, we felt there was unfinished business to attend to. So it was disappointing for the management team as we would have loved another year, but circumstances changed that.

When it was put to Cunningham that there may have been problems in the Galway camp regarding "lines of communication" prior to the revolt, he did point that out avenues of contact were always open.

"In team management there is a huge amount of one-to-one interaction and we had that in our set-up - honest feedback was encouraged.

"A lot of work goes in to the development of players - setting up gyms and a way of life for players to become as professional as they can. There is so much work behind the scenes - personal support to players, getting them jobs and helping them through college and watching guys growing into adults.

"There was never a dressing-room issue. Players did buy in to what we were doing."

Cunningham did add that he may at some point return to the Galway scene.

"I may go back to it at some stage. There are always highs and lows in sport. It's one thing losing the All-Ireland but it's another thing losing your job." 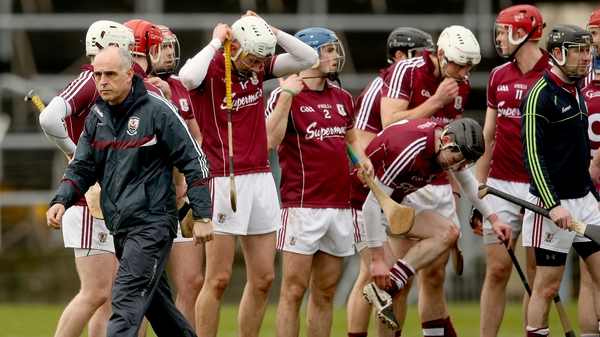