By Daragh Small at Pearse Stadium

Shane Walsh starred for Galway as they fought back from a nine-point half-time deficit but they couldn’t hold on to win in an enthralling encounter with Meath in the Allianz League Division 2 at Pearse Stadium which finished level at 0-15 to 1-12.

Meath held a massive 1-08 to 0-02 lead at half-time and they used the breeze to full affect and took advantage of Galway’s defensive lapses.

But Galway were brilliant after half-time and scored 13 points to a single Meath effort by the 66th minute.

But there was a frantic finish and Meath hit three in a row, with substitute Cian O’Brien sealing a late draw.

Meath had the breeze behind them in the opening half and they made it pay early on as they took a 0-05 to 0-00 lead after 19 minutes.

Sean Tobin began the scoring with a free inside the opening minute and efforts from Eamonn Wallace and Graham Reilly pushed Meath out in front, with Reilly’s second score a glorious point.

Mickey Newman should have goaled when he was set up by Cillian O’Sullivan, but his fisted-effort went over and Meath led by five.

Galway were made to wait until the 20th minute for their first score, and in the meantime, Meath corner-back Donal Keogan got a black card.

But Meath continued to be in the ascendency and Damien Comer’s effort was a timely reprieve with a big shot off his right.

Eddie Hoare reduced the arrears further but they didn’t score again in the half – in the meantime Meath hit 1-03 and Damien Comer got his black card.

Donal Lenihan scored Meath’s sixth point on the half-hour and then a disastrous mix-up in the Galway defence saw Conroy’s hand-pass added to by Newman and trickle over the Galway goal-line three minutes before the break.

Further points from Sean Tobin and Newman gave Meath a comfortable nine-point lead at half-time. And it looked unassailable when Comer was black-carded for a trip in the final minute.

Galway stormed into the second half and shot the first three points.

Shane Walsh got their first score in 16 minutes and further efforts from Tom Flynn and Hoare brought them within six. Although Wallace got his second to edge Meath back in front Galway were on a roll.

Meath dropped deeper and deeper and Galway exploded into life. Walsh and Flynn were to the fore as they launched a remarkable comeback.

Walsh kicked his second and third points, the latter brought the game back to 1-09 to 0-10.

Two minutes later Gary O’Donnell drew them even closer with a great point on the angle and Hoare’s fourth point sensationally tied things up with 14 minutes remaining.

It got even better for the increasingly boisterous home faithful when Flynn and Conroy added to their tally and Meath looked lost. Another Gary Sice point pushed Galway three points clear but Meath dug deep.

Reilly got them back on track and further points from Wallace and substitute O’Brien ensured they salvaged a draw, while Reilly was dismissed in the last minute. 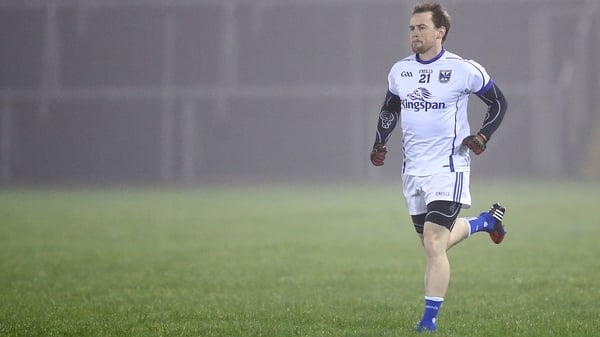