Aran Waters' late point earned Boden a dramatic 2-09 to 1-11 success in Tullamore, with Paul Cahillane skewing a 13-metre free - which would have levelled things at the death - wide.

Macauley admitted his team rode their luck at times, but said the fighting spirit which has driven them all year once again got them over the line.

“It’s a brilliant day for the club," Macauley told RTÉ Sport. "Hundreds came out from Ballyboden today and it's a terrific day out. We got the rub of the green but every game we’ve come through this year we’ve come through battles and that’s what stood to us today.

"Conal Keaney has probably had the biggest influence of any player ever in terms of what he’s put into the club in both codes.

"Stephen Hiney has done the same in both codes. Declan O'Mahony has been an absolute warrior for 10-15 years. Then the young fellas coming through - Shane Clayton, Colm Basquel, Sam Moloney - these are all superstars in the making. It’s a great time for Ballyboden."

Macauley bagged a crucial goal on the stroke of half-time to leave 'Boden' 2-04 to 1-06 ahead, but Portlaoise refused to lie down, and the Dublin midfielder admitted he had resigned himself to Cahillane sending the game to a replay.

“Its about time I scored a goal!" said Macauley. "I was in the right position at the right time. It was a nice time to get it, coming in before half-time. There was a nice atmosphere in the dressing room at half-time, we were confident, but they came out in the second half and really gave us a rattle.

"I thought [Cahillane's free] was going to be over the bar and we’d have to go again. But Colm Basquel and Aran Waters hitting crucial points for us, they've been huge for us all year.

"It’s a brilliant achievement. That was special, it was a highlight for me this year because it’s so hard to come by.

"It's time to hang up the boots for a few weeks and look forward to next year." 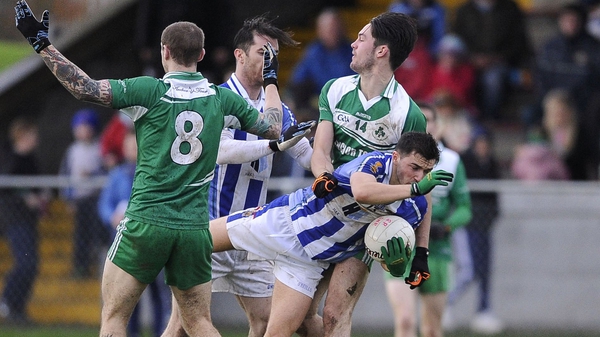