Kingscourt edged to victory in the Cavan SFC final beating Castlerahan by the narrowest of margins at Breffni Park, 1-09 to 0-11.

Philip Tinnelly was the hero popping up with nine minutes to play to find the back of the net.

Castlerahan led by three at the break but Kingcourt rallied to claim the title.

In Carlow, Palatine claimed a 2-12 to 2-08 win over Old Leighlin in the SFC final

Lee Gordon and Ciaran Moran were the goalscorers for the winners.

All-Ireland champions Corofin completed a three-in-a-row in Galway for the first time when they held off the spirited challenge of a Mountbellew/Moylough side bidding for their first title since 1986.

Corofin never trailed as they secured their 17th Galway crown and their 14th in 25 years at a well-attended Tuam Stadium.

Kilcoo came out on top in neighbouring Down, defeating Castlewellan by eight points in Pairc Esler.

Congratulations to Derrygonnelly Harps after a 3-16 to 3-7 win over Roslea Shamrocks. The party can now commence pic.twitter.com/F4okpDtCz0

In Fermanagh, Derrygonnelly Harps enjoyed a big win over Roslea Shamrocks in a game that saw six goals scored.

Roslea were seeking their third title in a row, but lost out as 2009 champions Derrygonnelly wracked up an impressive 25-point total.

Trillick, who lost the Tyrone Intermediate final last year, caused a shock as they defeated Killyclogher to mark their return to senior football with a county title.

Tyrone Under-21 All-Ireland winner Lee Brennan sent over the winning point from a free in the final minute to seal a 1-09 to 0-11 success.

A 1-15 to 0-08 win has given St Loman's their fifth Westmeath senior title at Cusack Park in Mullingar.

John Heslin and Ken Sharry provided the bulk of the Loman's scores after a Ken Casey goal after seven minutes gave them the perfect start.

Elsewhere, Dr Crokes are out of the Kerry SFC after a 2-15 to 1-13 quarter-final loss to Rathmore. 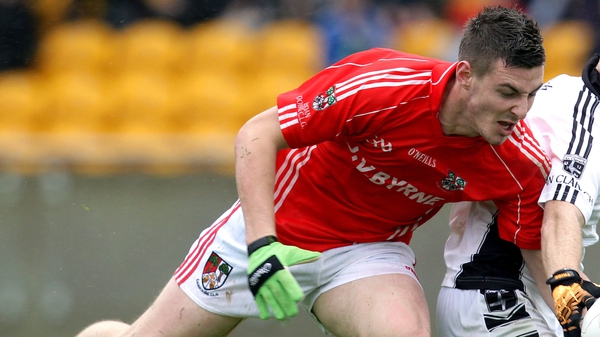