Sligo manager Niall Carew admitted that his team were naive against Mayo after they slumped to a 6-25 to 2-11 defeat in the Connacht football final.

Tactically, Sligo set up to defend man for man, as they had done when beating Roscommon to reach the final.

But they wilted under an early blitz with Aidan O’Shea demolishing the Sligo full-back line and orchestrating a start that saw 2-04 conceded inside 10 minutes. It didn't get much better from there, though Sligo's own tally of 2-11 was at least respectable.

Speaking on The Sunday Game, Carew said: “It’s very disappointing. The gulf is there in terms of the top four or five teams. We set up the way we set up against Roscommon, it just didn’t happen for us today.

"We needed the start that Mayo got and as an underdog you lose quite a bit of energy and confidence. We struggled, but we have to pick up the pieces again. We have a game in two weeks and we certainly learned a hell of a lot from today.”

Sligo will play either Galway or Tyrone in a qualifier in two weeks’ time and Carew has backed his team to recover their morale, while a tactical rethink is on the cards with Carew describing their approach as "naive".

“They are a young team, they’ll bounce back. In fairness they’ve worked very hard. That system served us quite well up to the Connacht final but we have to regroup and reset again.

"We were probably quite naive most of the day. We’ll work on that and we’ll get it right for two weeks' time.”

As well as O’Shea’s wrecking ball performance at full-forward, kickouts were a persistent problem for Sligo with just 23 of 35 won.

Carew added: “It’s been a problem all year for us. We tried to work on a couple of different variations and again we’ll keep working hard at that and try and get it right for the next day. That’s all you can do, get back to the training field and keep working hard and we’ll do that.

"Our goal at the start of the year was to try and compete in the last eight, and we are still only one game away from that. It’s either Tyrone or Galway, and we feel we can compete with them.” 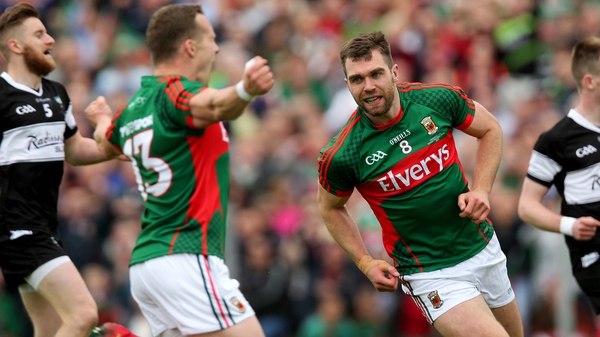