By Kevin Egan at Cusack Park

Just 24 hours after their minor hurlers secured a famous victory over Wexford, hurling in Westmeath was given another huge boost as the seniors recorded a comprehensive win over Antrim at Cusack Park, Mullingar in their Leinster SHC qualifier 2nd Round clash today.

The hosts effectively crushed any hopes of an Antrim victory with a stellar performance in the second quarter, when they tacked on 1-10 without reply in the last 20 minutes of the opening period.

Antrim, meanwhile, never looked like raising a gallop in what turned out to be a lacklustre second half as Westmeath cruised to a straightforward victory.

The rain came down hard and heavy at the midlands venue but while Antrim’s first-half performance suggested that they couldn’t come to terms with the conditions, their hurling littered with sliced and topped strokes.

Westmeath, however, played with guile, pace and purpose throughout the opening 35 minutes, cutting their opponents to ribbons once they got their rhythm going.

Antrim were dealt an early blow by a severe injury to wing back Arron Graffin. An eight minute stoppage followed as the Rúairí Óg player was stretchered off and from the resultant indirect free, Niall O’Brien was able to pick out Robbie Greville for the game’s opening score.

Points from Westmeath’s central attacking axis of Derek McNicholas and Brendan Murtagh followed before Antrim finally got off the mark through Paul Shiels and Eoghan Campbell scores.

That brief period of competitiveness was to prove a false dawn for Antrim as the Lake County completely took control of the tie for the remainder of the first half, producing some outstanding purposeful hurling, with excellent use of the sliothar on display from the midfield and half-forward lines. 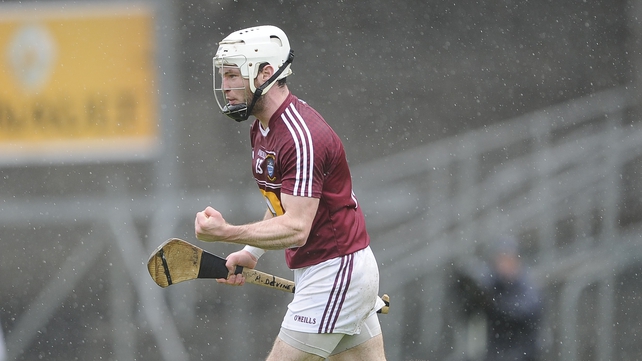 Niall O’Brien was guilty of a couple of poor wides from frees but that didn’t take away from an outstanding display by the NUIG student, who picked off scores from placed balls and from general play with equal aplomb.

He was also hugely effective in setting up scores, and that was seen to great effect shortly before half time when he eschewed the option of an easy point, instead selling a wonderful dummy and setting up Alan Devine with a precise handpass.

Devine duly advanced towards the Antrim goal and picked out the bottom corner of the net with a perfect finish, making it 1-10 to 0-02.

The scores kept coming for Westmeath who added three more through Derek McNicholas (twice) and Robbie Greville in an extended period of first half injury time.

Antrim manager Kevin Ryan made three permanent substitutions by half time but nothing he did seemed to turn the tide in a one-sided display.

Ciarán Clarke pointed a free to get his team off the mark immediately after the restart but that was merely a blip for Westmeath, who continued to produce a workmanlike and yet clinically efficient performance in the middle third.

Their rate of scoring dipped somewhat, but there were still plenty of highlights, in particular Derek McNicholas’ wonderful sideline cut, and an Alan Devine point that was the result of a glorious cross field pass from McNicholas and an excellent tackle from Aonghus Clarke to turn over the initial possession.

Westmeath are now almost certain to advance to the quarter finals of the Leinster championship proper, while Antrim must pick themselves up for a trip to Carlow in a fortnight’s time, while they’ll also need help from elsewhere after doing considerable damage to their scoring difference. 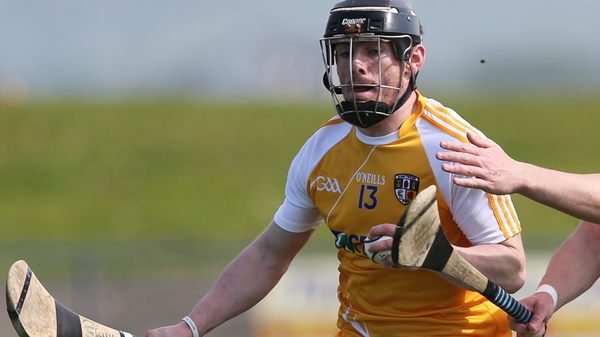