A number of significant motions have been passed at the GAA's Annual Congress, including an amendment to the controversial "square ball" rule in Gaelic football.

Under the old rule, a player could not enter the small square before the ball had done so but the difficulty in policing the rule prompted the call for change at the 2012 Congress, which took place on Saturday in Killenard, Co Laois.

Under the new rule, a player may enter the square before the ball in open play. The old rule will still apply for set play.

Other motions to be carried include a decision to require the mandatory wearing of mouth guards in matches and in training and changes to the rules on winter training.

The mouth guard rule comes into effect for senior players from 2014, while it will be imposed on players up to and including minor level in 2013.

84% of the delegates voted in favour of a compromise to the rule regarding training during the winter months.

Senior inter-county panels may now return for training at different stages during that period depending on which point they exit the previous All-Ireland Championship.

The recent spate of high-profile incidents of violence around GAA matches has also been a subject of much debate in recent months.

The subject was commented on by new GAA president Liam O'Neill.

Addressing Congress for the first time as President, he said: "It has been suggested to me that our games could now benefit from revisiting our system of penalties. I am considering establishing a new working group to take a fresh look at this.

"Indiscipline and violence cannot be accepted and it will not be tolerated. It's not enough however to say it. Our rules and sanctions need to reflect just that and we need to rigidly apply those sanctions which the committed infractions require."

O'Neill also intends to tackle issues in the area of refereeing, admitting: "Refereeing continues to be an area of concern to us all. I will be appointing a New Referee Development Committee.

"They will be asked to investigate new ways of recruiting and training referees. For instance: should we look to recruit retiring players as referees?" 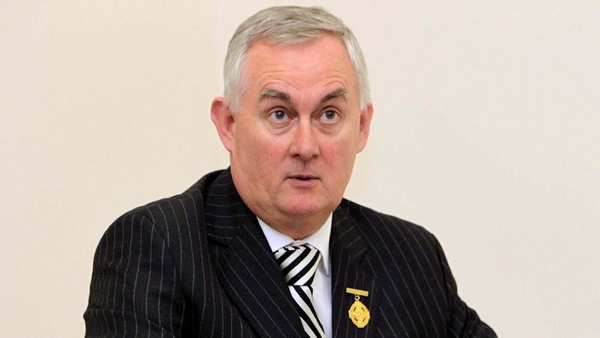