Seven-time All-Ireland winner Eric Lowndes has stepped away from the Dublin panel.

The St Peregrine’s clubman made his senior debut in 2015 and initially joining the panel two years previously, but under Jim Gavin and more recently under the stewardship of Dessie Farrell, Lowndes has struggled to establish himself as a regular starter.

The 27-year-old, who featured in all four of Dublin’s league outings this season, is believed to have departed the panel prior to the Leinster opener against Wexford. 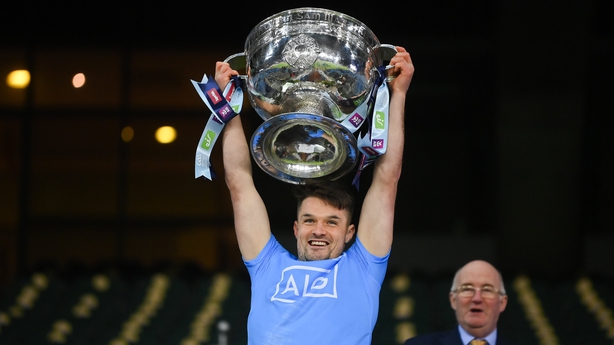 Part of a decorated crop of minors that came through along with the likes of Jack McCaffrey and Ciarán Kilkenny, Lowndes was also a highly regarded hurler, featuring in two All-Ireland finals with the Dubs before opting for football at senior level.

His departure will add to the defensive concerns facing manager Dessie Farrell this week, with John Small, Jonny Cooper, Eoin Murchan and Robbie McDaid all in a race to be fit to face Meath in Sunday's Leinster semi-final.

It is further change in personnel for Farrell since last year's All-Ireland success, with Michael Darragh MacAuley, Paddy Andrews, and Cian O’Sullivan all hanging up their inter-county boots, while the future of goalkeeper Stephen Cluxton remains unclear.