Live blog on RTÉ.ie and the RTÉ News Now App from 1.45pm on Sunday.

Sunday Sport will have updates from around the grounds from 2pm.

Galway versus Tyrone will be live on TG4 this afternoon. They'll also be showing deferred coverage of Monaghan and Mayo afterwards.

All live and deferred action on GAAGO.

Highlights of all the weekend's action on Allianz League Sunday on RTÉ2 and the RTÉ Player from 9.30pm. Joanne Cantwell will be joined by Colm O'Rourke and Seán Cavanagh.

Today: Mainly dry this afternoon apart from an isolated shower, some bright or sunny spells breaking through the clouds at times. Cloud will thicken from the southwest later and outbreaks of rain will extend across Munster early this evening. Cold, with maximum temperatures of 5 to 7 Celsius generally, but 8 or 9 degrees near the south coast. Winds mostly moderate northwesterly, but strong for a time along north Connacht and Ulster coasts, later decreasing light southwesterly or variable everywhere.

Tyrone and Galway looking to keep the pace with Dublin

The winner of Mayo versus Monaghan today, if there is one, will have taken a big step towards safety in the division.

The Farney men were at a loss to explain their draw with the Dubs last time out, after leading by nine points heading into the final quarter.

But they've impressed this spring under returning manager Séamus McEnaney, with a good showing away to Galway, despite a narrow loss, before beating Tyrone at Castleblaney.

Mayo's victory over Meath in Navan put daylight between the counties, but they could very easily be sucked into a relegation scrap if they leave Clones without at least a point.

Elsewhere in Division 1, Kerry could deliver another blow to the Royal County's survival hopes when the sides clash in Killarney, while the county Ciarán Whelan called "the story of the year so far", Galway, take on Tyrone in heir footballing home of Tuam.

"The shackles have been taken off."

Ciarán Whelan and Pat Spillane agree that Galway have been the story of the football season so far. #RTEGAA pic.twitter.com/4d3GIuEGrA

With three rounds completed, just two points separate the eight teams in the second tier. As has been well documented previously, relegation to Division 3 could mean a county being out of the race for the Sam Maguire in the summer, depending on how their provincial campaign goes.

Armagh will look to continue their push for a return to the top flight for the first time since 2012 against Westmeath. Defeat to Laois might hast just been a blip, as they've blown Cavan and Kildare away.

The Orchard County had a big victory over the midlanders in the 2018 qualifiers, winning by 11 points at TEG Cusack Park.

After an impressive start to their campaign, Laois were reminded of just just how difficult Division 2 can be by Cavan the last day. Ennis is a tricky ground to go to, and Mike Quirke will want his team to offer up a response against Clare.

While Kildare have had a stuttering start to life under Jack O'Connor, and while he'll have eyes on the summer, he'll know the potential price that relegation to Division 3 could bring to the Lilies.

It might be a case of staying up, rather than challenging for promotion, and that mission begins against Roscommon, who have reached the Super 8s once more than their opponents, at Newbridge. 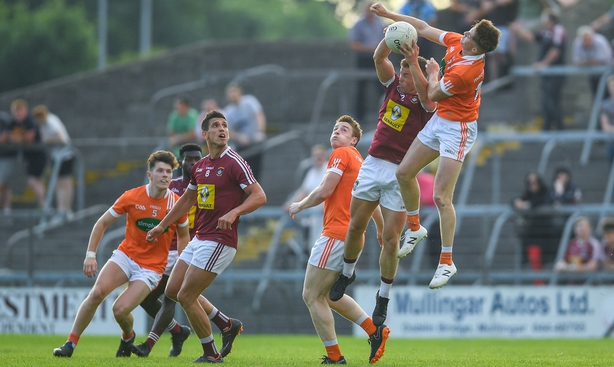 Battle for second place with Cork to the fore

Cork are in a very good position following their win over Tipperary last night, while Down played themselves into contention with a victory against Longford.

Louth head north to play Derry today knowing that defeat would leave them in a tough position, in terms of playing in Division 3 in 2021.

While Offaly and Leitrim face off in Carrick-on-Shannon in a game that Terry Hyland will have targeted as one from which they can take at least a point. If they want to avoid a yo-yo return to Division 4 then it's a game they must take something from.

The early doom that surrounded Paul Galvin's appointment in Wexford seems to have dissipated somewhat now that they're winning games again.

They lost to Sunday's visitor London in last year's league, but they'll be expecting a different result tomorrow, which would put them right in the promotion hunt.

Elsewhere in the bottom tier, early leaders Limerick go up against an improving Wicklow at Rathkeale, while Carlow go to Antrim. 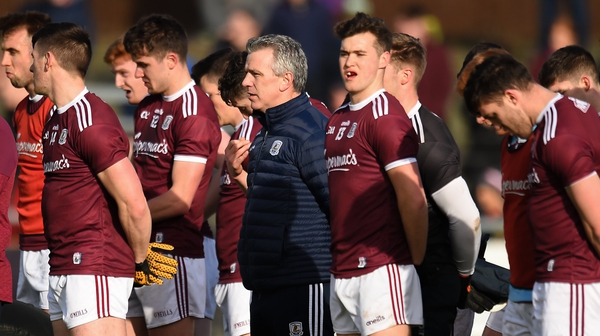