Monaghan produced a late rally to record their first league win in Kerry since 1987 on a 1-11 to 0-10 scoreline.

It took the visitors 18 minutes to register their first score and they went in 0-07 to 0-04 in arrears at the break.

But Monaghan produced a stirring second-half performance to completely outplay the Kingdom and with the Kerry attack unable to make any headway against a tenacious defence, the Farney men took over completely to run out deserving winners and put themselves bang in contention for a league semi-final spot.

Kerry, meanwhile, will be left to lick their wounds and they travel to play Tyrone next Sunday, still not certain of their Division 1 survival but at the same time in with a chance of a semi-final spot depending on results.

It was a power-packed Monaghan display with Conor McManus leading the way with four second-half points, three from play, while Owen Duffy scored the crucial goal in the 47th minute, which gave Monaghan the lead for the first time and proved the difference between the sides.

Paul Finlay, Darren Hughes, Dessie Mone and Dermot Malone all played major roles in this victory as Monaghan looked to be far fitter than the home side with Kieran Donaghy getting a poor supply and not able to cope with the attentions of the Wylie brothers Drew and Ryan and some great counter-attacking by Vinny Corey and wing backs Fintan Kelly and Karl O’Connell.

Kerry, once they lost Paul Geaney and being without Bryan Sheehan, looked completely bereft of ideas upfront and with Alan Fitzgerald getting a black card they never looked like troubling Monaghan’s packed defence and in fact only managed three points in the second half, one from play from Johnny Buckley, who had a quiet game, and a free each from David Moran and Barry John Keane.

Kerry played with the wind in the opening half but failed to utilise it as they were guilty of squandermania kicking 10 wides and they definitely missed the accurate kicking of Brian Sheehan from placed balls.

Monaghan packed their defence and counter-attacked with pace and precision after a slow start, which saw them having just one attempt on goal in 18 minutes.

Kerry had three wides before Paul Geaney opened their account for a foul on himself in the seventh minute. After a superb Geaney point from play, followed by two more from Stephen O’Brien and Keane, Kerry appeared to be in full flow as Geaney made it 0-05 to 0-00 in the 17th minute but Kerry for their midfield dominance should have been further ahead.

Monaghan then began to penetrate from deep in their own half and Conor McManus who initially was well shackled by Shane Enright began to get the better of his man and he scored the point of the game in the 18th minute to open Monaghan’s account.

He swapped frees with Geaney before Monaghan ‘keeper Rory Beggan kicked a monster free against the wind. When midfielder Darren Hughes punched a point, it was game on as Kerry’s lead was reduced to two points.

Geaney kicked Kerry’s ninth wide before he had to retire due to  a hamstring injury to be replaced by Tommy Walsh, while Alan Fitzgerald picked up a black card and Darren O’Sullivan got a loud cheer as he entered the fray for the first time this year.

Jonathan Lyne scored Kerry’s final point of the half as they retired 0-07 to 0-04 in front but the game was very much in the balance as they had to play against a swirling wind and a Monaghan side who looked fit, and if they could convert possession into scores, it would make an interesting finish.

But it was Monaghan who proved the better side and Kerry can have no complaints and they will face Dublin with renewed vigour next Sunday as Kerry face a tricky trip to Omagh to face old enemies Tyrone who will need a win to avoid relegation. 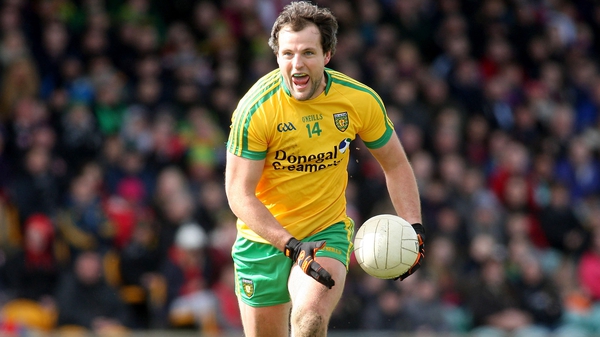 As it happened: League Sunday - football