Jim Gavin's struggling side looked in real danger of slipping to their third loss in four outings after Tyrone had surged clear with three unanswered points to lead by 0-12 to 0-9.

But when Shane Carthy's point attempt for Dublin cannoned off the post, Eoghan O'Gara gathered possession and played the ball across goal for Rock to fist in.

It took Rock's tally to 1-06 for the evening as he scooped the man of the match award.

But it was tough on Tyrone who looked good value to move temporarily to head of the table with victory.

It was a match-up full of history, from league to All-Ireland deciders played between the teams down the years. But a cagey affair rarely lived up to that rich tradition. 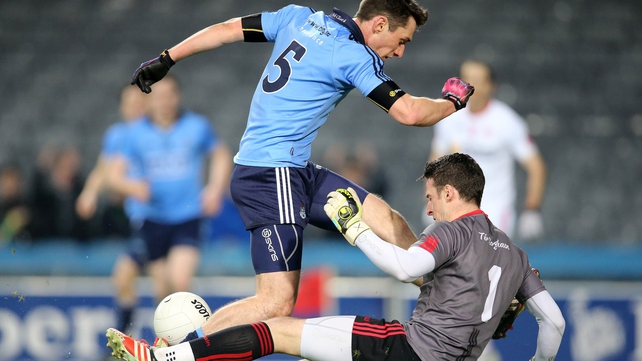 It was 0-6 apiece at half-time but of those 12 points, eight came from frees with both teams registering just two from open play in a claustrophobic affair.

Mattie Donnelly also had a shot that smacked the woodwork.

The misses cost Tyrone as they were marginally the better team. In fact, it took a Hawk-Eye intervention to ensure that the Red Hands did go in on level terms at half-time.

That came in the 10th minute when the score detection technology was prompted to adjudicate on a Sean Cavanagh free at the Canal End.

Cavanagh's kick landed on top of the upright, leaving the 27,469-strong crowd bemused as to the possible outcome, though Hawk-Eye was satisfied that a score registered. 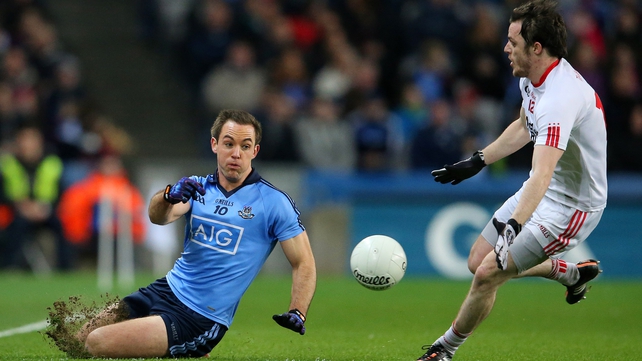 Free-taker Rock was Dublin's main man, scoring five of their six points in the opening half.

Jim Gavin clearly wasn't happy and brought on Cian O'Sullivan for Denis Bastick at midfield. Paul Flynn got his first taste of league action this season as a half-time sub while O'Gara was also introduced.

Flynn had a strong impact, playing the final pass for a Rock score in the 52nd minute and then pointing himself to tie it up at 0-09 apiece. 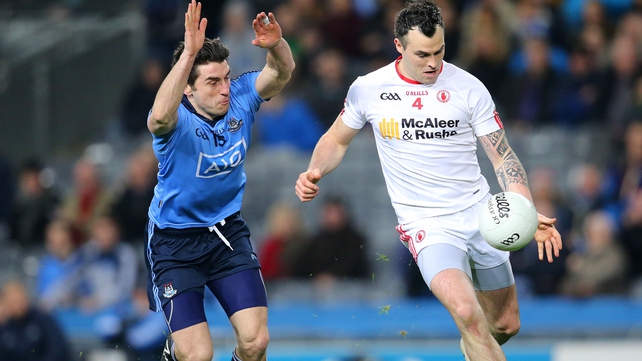 But Tyrone appeared to have saved their strongest kick for the last quarter and hit three unanswered points. Mark Bradley, Darren McCurry and Cavanagh were all on the mark. However, they couldn't hold on as Rock popped up with that leveller.

Both sides had opportunities to win it in normal time but O'Gara and Tyrone goalkeeper Niall Morgan were both off target. 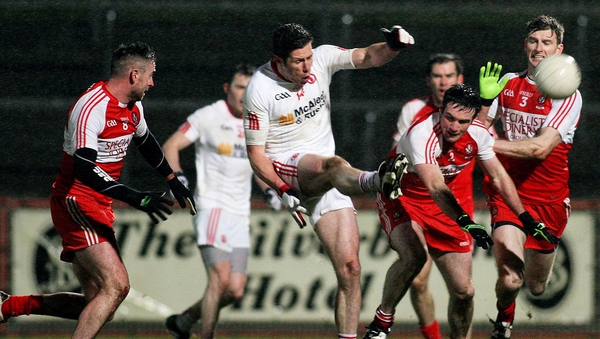