Having been uncertain throughout the first half Jack O’Connor’s team were far more composed after the break.

Full-forward Killian Spillane, son of All-Ireland winner Tom, was excellent at full-forward and there was a strong supporting cast.

Tomas O Se, a champion Irish dancer as well as an accomplished footballer, got the vital goal after 41 minutes.

The Kingdom even got away with missing a penalty shortly after that, goalkeeper Matthew Flanagan getting himself behind Jordan Keily’s casually hit shot. 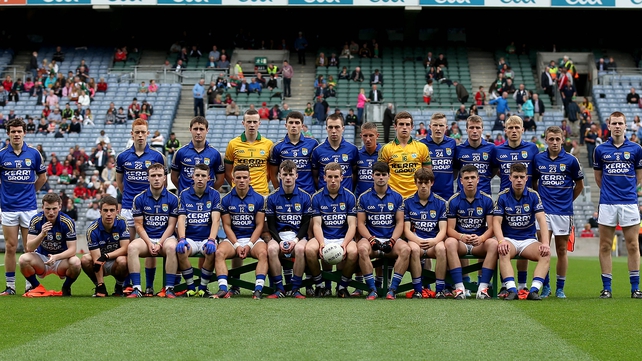 Mayo went straight up the field from that to score a great point through the impressive Gary Boylan to cut the deficit to just three.

This could have been a crucial juncture in the game, but Kerry stuck to the plan and continued to push forward.

Mark O’Connor, who manned the middle of the field alongside his Dingle club-mate Barry O’Sullivan, was impressive, while Liam Carey scored three points coming off the bench.

Mayo went in leading at the break by just a single point, 0-04 to 0-03, and they will feel that they should have been further in front.

They dominated the middle third and got into some good positions, but couldn’t push home their advantage despite only hitting one wide before the interval. 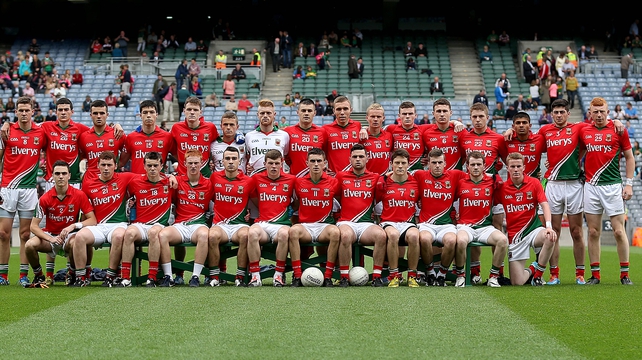 Their chances were hit with a blow early on when centre-forward and captain Cian Hanley suffered what looked to be a season-ending knee injury.

He won a good ball, landed and turned before crumpling to the ground. He was patched up and let stay on the field, but was eventually carried off after 23 minutes.

It took Kerry 18 minutes to get their first score of the first half, which also included four disappointing wides.

They tested the Mayo full-back line with a few skyscrapers, though full-back Seamus Cunniffe and Eoin O’Donoghue in the corner were magnificent.

Flanagan in goal pulled off a couple of smart saves too, including one from the fleet-footed O Se.

Kerry got on top early in the second half and they went from one down to five up inside 11 minutes.

Mayo were proud All-Ireland champions though and they didn’t just roll over. 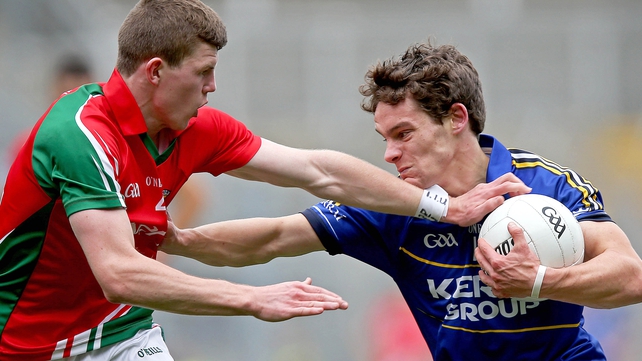 After the Kingodm goal the Connacht champions swept straight up the field and hit the net themselves through TJ Byrne.

When Kerry missed the penalty with 12 minutes to go and Boylan struck a good point in reply they had a bit of momentum.

They couldn’t keep it going though and Kerry cemented their place in the final with five unanswered points.

Kerry will meet either Dublin or Donegal in the final on Sunday, 21 September, with those two counties playing in the semi-final next weekend.