Two goals in five minutes before half-time from Galway midfield duo Fiontán Ó Curraoin and Tom Flynn were followed by two more from Danny Cummins and Michael Lundy as the westerners picked up a 4-17 to 4-12 round 4A football qualifier win over Tipperary in Tullamore.

Goals for Tipperary, from Brian Mulvihill, Brian Fox, Colin O'Riordan and a Conor Sweeney penalty in the last six minutes meant Galway's lead was well trimmed in the end, but they had the work done at that stage.

Up to Ó Curraoin's goal in the 33rd minute Tipperary had held the upper hand for most of the first-half, but Galway took control in the moments before half-time and eased to the win.

Alan Mulholland's side will now face Kerry in the All-Ireland quarter-final on 3 August.

Both teams struggled to find their range in the early moments but Galway skipper Paul Conroy got the scoreboard rolling with an excellent point off his left in the sixth minute.

Danny Cummins slotted a point from a tight angle to level matters in the 15th minute, but Peter Creedon's side added another rapid-fire brace of scores from Stephen O'Brien from distance and Barry Grogan in the 21st minute.

But from there Tipp would only kick one more point before the break as Galway began to play some entertaining football. Firstly Conroy pointed after Cummins laid off the ball instead of taking a half goal-chance, and Shane Walsh hooked over the leveller after some super ball control skills.

And two minutes from the break Martin and Conroy linked up well as the captain's quick hands sent Ó Curraoin in on goal, before Flynn made it 2-7 to 0-7 at the interval with another crisp, low finish.

Fifty seconds after the restart Cummins rattled the Tipp net for the third time, and Lundy followed suit just over a minute later following good work from Martin and Conroy. 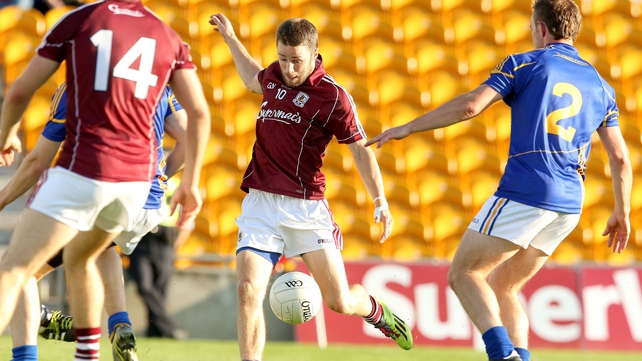 Fox rattled home a fine Tipperary goal in the 47th minute, but Galway eased to the win as Paul Varley, Walsh and Sean Armstrong all kicked late points, all of which were needed as Brian Mulvihill, Colin O'Riordan and Conor Sweeney all goaled for Tipp late on. 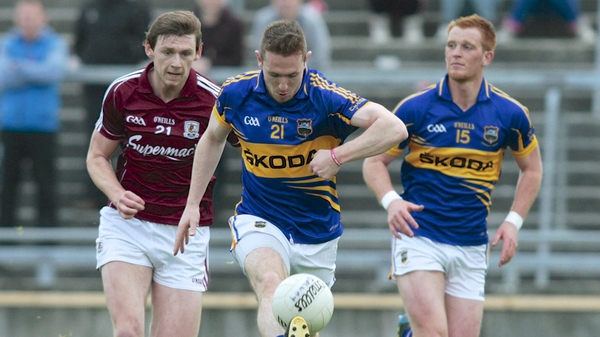 Kevin McStay: Tribesmen must fulfil potential if they are to progress