Armagh's greater precision in attack proved the difference as they saw off Roscommon 1-17 to 1-12 to advance in their All-Ireland SFC round 3B qualifier.

A second-half goal from Stefan Forker all but ended the game as a contest, and in truth Armagh had been in control throughout.

Although Ciarán Murtagh got a goal back for Roscommon late on, the game was beyond them by that point.

Roscommon struggled to deal with an Armagh blanket defence, and failed to register a point from play in a first half in which all of their four points came from frees.

And it was a Diarmuid Murtagh free which gave the Rossies the lead for the only time in the game early on. However, Armagh showed more purpose and incisiveness in the half and a Tony Kernan ('45) and Stefan Campbell helped them to a half-time lead of 0-08 to 0-04.

If the inclement weather conditions had an affect on the first half - players from both sides struggled to control a greasy ball, and both had some disappointing wides - the game came alive in the second half, Kevin Higgins getting Roscommon's first point from play after just 20 seconds.

Thereafter, the Rossies showed greater effectiveness than in the first half, but could not claw back full the deficit, and when Forker was left with far too much space in the 63rd minute, he punched the ball over Darren O'Malley to score Armagh's goal.

Armagh added another point shortly afterwards, and, ultimately, Roscommon could not find a way back. 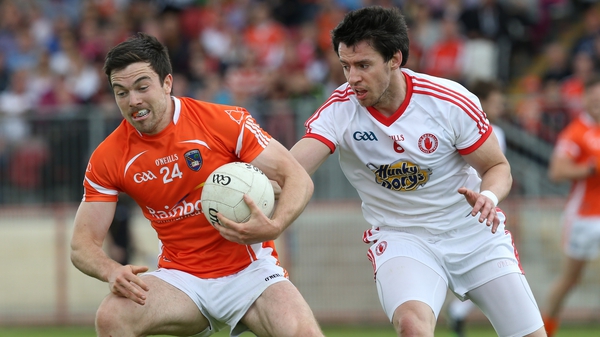