Mayo scored a resounding 3-19 to 1-12 win over Monaghan to reach the All-Ireland MFC final.

Conor McCarthy brought Monaghan level with a 22nd-minute goal, which was immediately cancelled out by a Conor Loftus strike.

Mayo led by 1-10 to 1-06 at the interval, and added further goals through Michael Plunkett and Tommy Conroy.

Darragh Doherty’s classy four points haul was one of many highlights of a polished display by the Connacht champions, who meet either Tyrone or Roscommon in the decider.

Mayo raced into a two-point lead inside the opening three minutes, with half-backs Michael Hall and Stephen Coen charging forward to pick off neat scores. 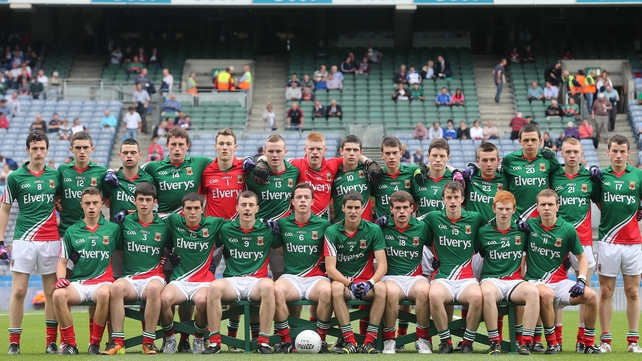 But they were almost undone at the back when Conor McCarthy’s searching delivery picked out David McAllister, but his low shot was superbly kept out by the trailing foot of goalkeeper Mark Mulligan.

Monaghan’ keeper Conor Forde stroked the resultant ’45 between the posts, but Mayo were able to expose huge gaps in the Farney defence, which they exploited for Tommy Conroy and the marauding Coen to pick off scores.

The Connacht champions were purring, and playing some slick football which their opponents couldn’t live with. 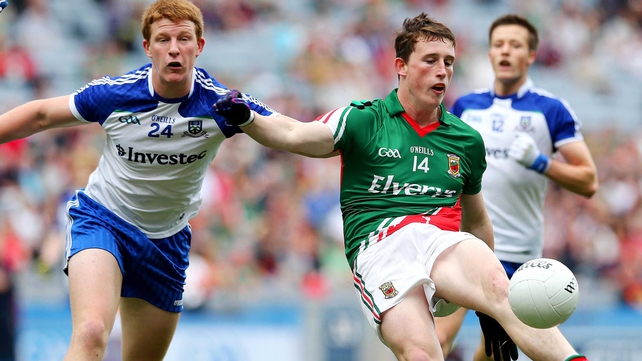 When Coen pumped in a ball from deep, Darragh Doherty found Conroy with a neat offload, and the corner forward popped over a sublime score for a five-point lead.

David McAllister pulled back a couple of points from frees, and in the 22nd minute they drew level when Conor McCarthy broke two tackles to smash in a wonderful goal.

Their joy lasted less than a minute, though, for Mayo went straight back upfield for Conor Loftus to grab a deflected goal.

Mayo led by 1-10 to 1-06 at the interval, and corner forward Doherty showcased his class with two immaculate points in the opening moments of the second half. 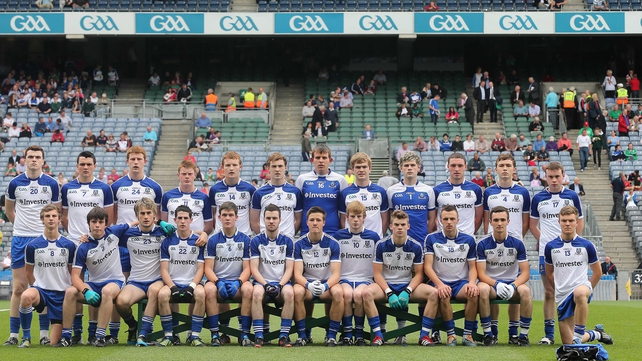 They struck a killer blow in the 35th minute when Forde failed to hold Padraig Prendergast’s dropping shot, and Michael Plunkett nipped in to finish to the net from no more than a yard out.

Mayo ‘keeper Mulligan pulled off another smart save from Desmond Ward to snuff out what was one of a handful of sporadic raids in the third quarter, and by the beginning of the final quarter, the Connacht lads led by double scores, 2-16 to 1-08.

The class of Conor McCarthy still shone, however, the Monaghan corner forward firing over a couple of eye-catching scores to lift spirits.

But the dominant westerners finished of their challenge in devastating fashion with a third goal six minutes from the end, Conroy blasting a spectacular shot to the roof of the net at the Hill 16 end.

Subs: D Meegan for Brown, N Loughman for Kieran, B McGinn for O’Dowd, C Martin for McArdle, A Treanor (0-1) for S Treanor

Highlights and analysis of all the weekend’s action on The Sunday Game from 21:30 on Sunday 25 August on RTÉ Two and RTÉ.ie (Ireland only). Expert and fan reaction on Take Your Point from 18:00 on RTÉ Radio 1 and RTÉ.ie (Worldwide).