Cork forward Colm O'Neill is unlikely to play football again in 2013 after it was confirmed that he suffered damage to his cruciate ligament during Saturday night's victory over Donegal.

The news is a huge blow to O'Neill - it is the third cruciate injury he has suffered.

Last season he won his first All-Star after a superb season in which he made a full recovery from the injury suffered the previous year.

An excellent finish from Cork on Saturday night saw them overcome Donegal on a 0-12 to 0-10 scoreline at Páirc Uí Rinn.

O'Neill had scored two of his side's four points when he was stretchered off early on in the game. 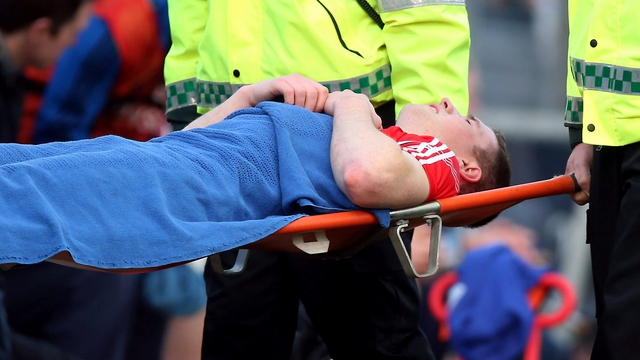 In a statement, the Cork County Board said: "The news of this third cruciate injury comes as a huge disappointment to Colm himself, to the Cork team and management and to his club.

"All in Cork GAA wish him well in his recovery."