Crossmaglen Rangers’ dreams of a third All-Ireland club title in a row died in Cusack Park this afternoon when they were edged out by St Brigids, 2-7 to 1-09.

Frankie Dolan’s early goal was cancelled out by a stunning strike from Crossmaglen wing back Paul Hughes, while three wide frees from Brigid's allowed Cross to lead 1-05 to 1-03 at half-time.

The Roscommon club held their opponents scoreless for the first twenty minutes of the second half and a scrappy goal from substitute Conor McHugh gave them the lead in the 58th minute.

Jamie Clarke pointed to reduce the deficit to one, but Kyle Carragher’s red card was a final blow to the Ulster men.

It took just 30 seconds for Kyle Carragher to open the scoring for the All-Ireland champions but any thoughts of a substantial early lead for Crossmaglen were blown out of the water when St Brigids hit the net on their first foray into the last third of the field.

Garvan Dolan did well to win the ball down the right wing and he played a low delivery into Cathal McHugh, who cut inside his man and ran towards goal with purpose.

James Morgan had little choice but to advance on the St Brigids player, who passed across to Frankie Dolan.

Dolan’s shot took a deflection to loop over Paul Hearty and when St Brigids followed this up with scores from the lively Cathal McHugh and a Frankie Dolan free, it was clear that Cross were in for a very tough encounter, in keeping with previous meetings between the sides in 2007 and 2011.

However the status of All-Ireland winners is not easily earned and Cross proved why they had not been beaten in a Championship game since 2009 as they worked their way back into the tie with some hard, direct and very efficient play.

A stunning goal from Paul Hughes reduced the gap and while it will be of little consolation to the Armagh men after this result, that score was undoubtedly the most impressive move of the match.

Martin Aherne played an immaculate diagonal ball into the left corner and Jamie Clarke fielded brilliantly, before timing his pass to perfection, Hughes sidestepped one man and placed a perfect finish past Shane Curran, who appeared to narrow the angle very well.

With Johnny Hanratty and David McKenna winning the lion’s share of possession at midfield, Cross took control of the tie and Jamie Clarke’s 29th minute point gave them a 1-05 to 1-03 lead.

Three bad wides from free kicks for St Brigids, two for Dolan and one for Senan Kilbride, ensured that it would have been a nervous Brigids dressing room at half time. 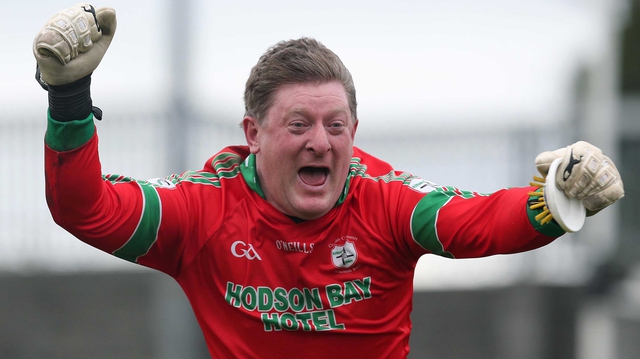 Whatever Kevin McStay said to his charges at half time, it worked.

They came out playing with controlled aggression and they fed off the energy of the crowd which was largely clad in green and red.

They were handed a huge reprieve when Kyle Brennan blasted the ball wide from just five yards out after Jamie Clarke appeared to set him up perfectly, a chance that came about when St Brigids failed to clear the ball from their own full back line in the first minute of play.

Frees for Kilbride and Dolan in the fourth and eighth minute levelled the game, while around the middle of the field Karol Mannion and Ian Kilbride were becoming more influential.

Scores from play for Cathal McHugh and Frankie Dolan energised their push even further, but just when it looked as if the champions were in real danger, three points in succession restored the lead to Crossmaglen, 1-08 to 1-07.

A huge score from captain David McKenna levelled the tie and when Aaron Kernan finished neatly from the left wing, it looked as if Cross had survived yet another tough scare.

Now on the ropes, St Brigids needed a break and they got it in the 58th minute.

Senan Kilbride sent the ball in from the right wing and it broke on the edge of the square to Frankie Dolan.

Dolan looked to be impeded but his scuffed ground shot under pressure broke to Conor McHugh who only had to blast the ball home from close range.

Before play could resume, a straight red card for Kyle Carragher for an off the ball incident was a further boost to the St Brigids cause, but Cross came roaring back one last time and reduced the deficit with a Jamie Clarke point.

The Ulster men had one more attacking opportunity but the ball was fumbled on the left wing and Richard Blaine was on hand to scoop up the ball and work it clear.

By the time the ball was back in the possession of a Crossmaglen player in the shape of Paul Hearty, referee Maurice Deegan was calling for it and the St Brigids crowd and players could start planning their trip to Croke Park next month. 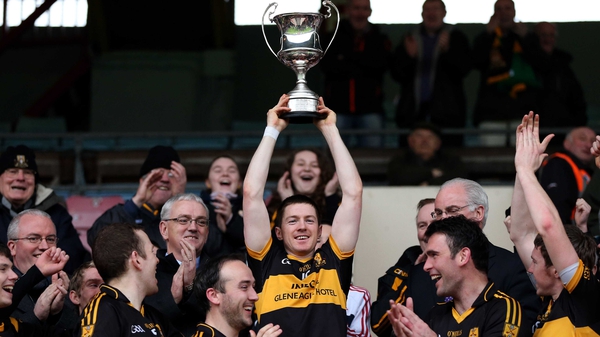