Donie Shine was Sligo's destroyer as he kicked Roscommon to their first Connacht SFC title since 2001.

The Rossies’ midfield dominance cemented a 0-10 to 0-06 half-time advantage for them, with experienced defender David Casey among the scorers.

A run of four successive points around the hour mark, including two from top scorer Alan Costello (0-05), had Sligo back level, but Shine landed the winner from a 69th minute free.

It was a richly deserved success for O'Donnell's charges who were relegated from NFL Division 3 during the spring and given little chance of becoming Connacht champions at the outset.

But wins over London and Leitrim spread confidence throughout the panel, and this afternoon's performance saw them take the game to Sligo right from the off.

The Yeats men seemed to have done the hard work in defeating Connacht's 'big two', Mayo and Galway, in the previous two rounds.

Tony Taylor returned from injury to partner Stephen Gilmartin in the Sligo midfield, with manager Kevin Walsh otherwise naming an unchanged team in the pursuit of the county's second provincial title since 2007.

In a late change before the throw-in, Paul Garvey was replaced in the Roscommon attack by David O'Gara, his team-mate from that famous 2006 All-Ireland minor win.

There was no sense of panic from O'Donnell's young guns when Costello pointed Sligo ahead after just 20 seconds. They hit back with two blockbuster scores from Shine, one a curling free after Ger Heneghan was fouled and the second a meaty '45' after Heneghan had a shot blocked.

Roscommon's midfield pairing of Michael Finneran and Karol Mannion outplayed their direct opponents as the first half progressed, Finneran coming up with some fine high catches. And the elusive Cathal Cregg and David Keenan, in the half-forwards, were causing plenty of problems for the Sligo defence.

Casey, who has had a cruel run of luck with knee injuries, raided forward to kick Roscommon's third point in the ninth minute, and the free-flowing football continued as Costello sliced superbly through the ball for his second and Shine dangled over his first from play, wide out on the left.

Shine, the scorer of 1-16 against London and Leitrim, was not just deadly accurate from placed balls. He was menace in open play too, proving a handful for Sligo full-back Noel McGuire to deal with. Most of the traffic was towards the Sligo goal, so much so that their key forward David Kelly hardly touched the ball in the opening 20 minutes.

In between misses from Shine and Gilmartin, Cregg created enough space to smack over a fine point off his left and make it 0-05 to 0-02. Mark Breheny (free) and Colm McGee ('45') steadied Sligo somewhat, but scores from Keenan, Shine (0-02) and O'Gara had the Rossies comfortably ahead at 0-10 to 0-04.

The pick of those scores came in the 21st minute when Cregg dinked a clever ball through for Shine to collect, turn and point in an instant.

Sligo, who brought on Eugene Mullen for Taylor, put on a much-needed spurt in first half injury-time. Eamon O'Hara hand-passed for Marren to score and the latter then popped over a free, awarded against Sean McDermott, to cut the gap to four points at the break.

The windy conditions played havoc with shooting at times, and both sides fluffed their lines as the second half started. McGee and Mannion kicked wides, Sligo substitute Mullen also watched his effort get caught by the breeze and the energetic Jonathan Davey dropped another shot short of the posts.

Marren though showed his increasing influence by stroking over off his left, five minutes in, and the deficit was down to three. So it stayed as another textbook free from Shine was replied to by an inspirational score from Sligo captain Charlie Harrison.

Sligo boss Walsh turned to his bench in an attempt to wrestle back control of the game, making four changes by the hour mark. But Shine, the nerveless 21-year-old, continued to drive his side closer to the Nestor Cup. Another great turn and point pushed Roscommon's lead to 0-12 to 0-08.

The DCU student missed a kickable free in the 54th minute, for one of his few wayward attempts on goal, and Sligo really raised their game over the next 10 minutes.

Kelly got past McDermott's challenge, close to the end-line, and forced Roscommon goalkeeper Geoffrey Claffey into a point blank save. Claffey infringed as he grappled for the loose ball, and Breheny sent over the resulting free.

O'Hara played his part in setting up Costello for a lovely score, and the former Mayo player repeated the trick just moments later, getting away from Casey to pull the trigger from distance.

The sides were level for only the second time - at 0-12 apiece - when substitute Sean Davey rifled over in the 63rd minute. Roscommon were suddenly struggling to get past midfield and there was evidence that they were tiring as Sligo got on top.

Davey missed a chance to put his side ahead, registering their seventh wide, and Shine coolly kicked Roscommon back in front in the 66th minute, nudging a free over from the left.

It looked like being a shootout between Shine and Costello when the Sligo wing forward, a real star of their Championship run, thumped over another terrific point from play - his fifth in all - to square things up again.

The questions were being asked and Roscommon, written off by many beforehand, showed that they had the answers. Shine, once again, stepped up to the mark.

He went into double figures in his first Connacht SFC final when converting a free from the left and a subsequent wide from substitute Davey was the closest Sligo came to an equaliser.

Injury-time came and went and Roscommon, 20-point losers to Mayo at this venue last year, stood firm to make the biggest wave of the 2010 Championship to date.

Their 20th Connacht senior title, and probably the sweetest of them all. The Connacht Under-21 trophy was also won earlier this year by the Rossies, emphasising that this should not be a false dawn. It is easy to imagine one of the county's favourite sons, the late Dermot Earley snr, smiling approvingly from above. 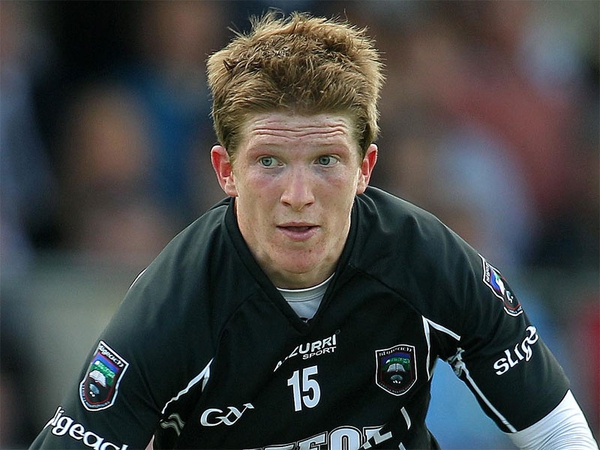