Derry are to lodge an appeal over a controversial point that denied their minor team victory in the Ulster Championship final at Clones.

Tyrone won the game by a single point, 0-10 to 1-6, with the help of a stoppage time winner by defender Cathal McCrory.

However, Derry chiefs have claimed that a point scored in the first half was actually a wide.

County chairman Seamus McCloy confirmed on Sunday evening that an appeal will be lodged with the Ulster Council.

He said: ‘We’re duty-bound to make a protest, and I think that there should be a replay, if our appeal is successful.

‘We’re duty-bound for our lads that were on the pitch there today, they gave everything, to be told that someone scored a wide ball and won the match by it.’

There was a general consensus among observers at St Tiernach’s Park that Cormac Arkinson’s  20th minute shot had gone wide of the post, but an umpire flagged a point, which was duly given by referee Con Reynolds of Down.

McCloy said: ‘We’re very clear at the moment that it was a wide ball, and we were beaten by a point.

‘If the video evidence is as clear as everything else is, we will certainly be protesting.’

He added: ‘I think that would be Tyrone’s opinion as well. No-one wants to win a game by a wide ball, and it was a totally wide ball.’ 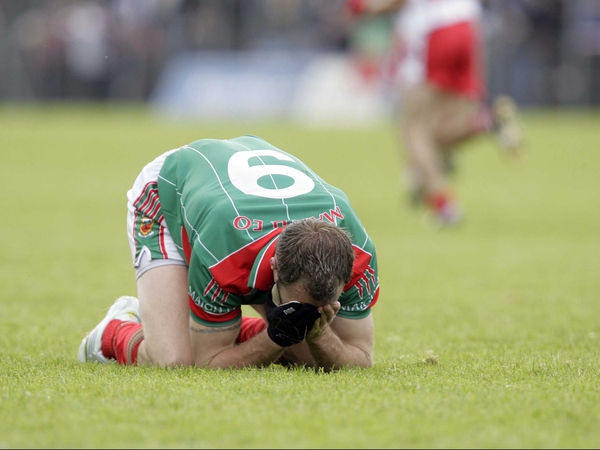