The Irish show-jumping team kept up their fine recent run of results by claiming a runner-up finish in Friday's three-star Longines EEF Nations Cup at Drammen in Norway.

A very tight contest saw Ireland among five teams in a share of the lead on a zero score following the first round.

Ryan and Sweetnam completed double clear rounds second time out before Allen came home with four faults picked up at the water.

As the competition came down to the last line riders, Ireland, Brazil and Belgium were the three teams that could finish on a zero score.

Brazil finished on a final score of one time fault, and when Curran picked up four faults near the end of his round, and the final Belgian rider also finished on the same score, it was Brazil who emerged as winners.

Ireland took second place as the fastest of the three teams who finished on four faults, while third place went to Belgium.

Ireland are in five-star Longines FEI Nations Cup action this Sunday at Sopot in Poland – a competition that will be shown live on the RTÉ News channel from 1pm on Sunday. 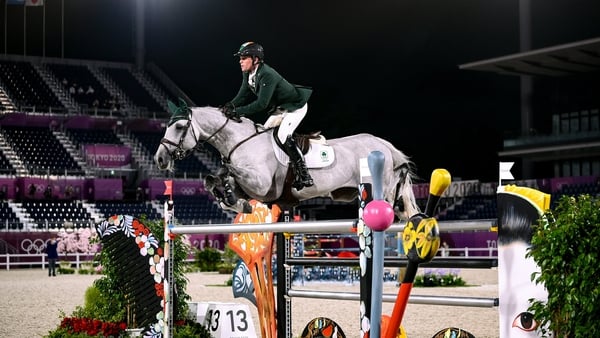 Watch the Nations Cup of Poland live on RTÉ