Former electrician Rob Cross turned off 'The Power' for the final time as he denied the retiring Phil Taylor a 17th world title with a stunning 7-2 victory at Alexandra Palace.

The 57-year-old had aspirations of ending his illustrious career in fairytale fashion but would not have envisaged the kind of performance Cross was to produce in his maiden William Hill World Championship final.

Cross, without a tour card this time last year, averaged a remarkable 107.67, hit 11 maximums and had a checkout percentage of 60 to end his first year as a professional on the Professional Darts Corporation circuit in emphatic style.

The world number six raced into a 3-0 set lead and, after Taylor was denied a first World Championship nine-darter by the width of the double-12 wire, continued his demolition job to scoop a cheque of £400,000. 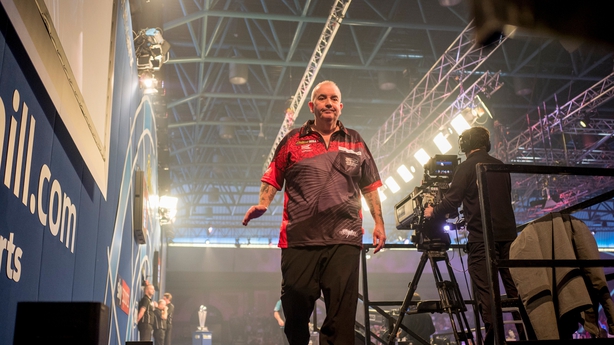 Taylor, who appeared to make an offensive gesture to the crowd while walking off stage during an interval, still averaged 102.26 yet had no answer to Cross' heavy scoring and prolific finishing.

The defeat brought the curtain down on a glittering career which saw Taylor put darts on the sporting map with his domination, winning over £7million in prize money and more than 200 career titles.

He looked in relaxed mood as he walked to the stage for the final time, stopping to take a selfie with fans, and surprisingly handed the throw to Cross after winning the pre-match bull-up.

Whether that was to play mind games with his inexperienced opponent or not, it backfired as the 27-year-old showed no signs of nerves on the big stage in taking the first three sets.

'Voltage' had the Ally Pally crowd on their feet with two superb checkouts, winning the second and third sets with 167 and 151 finishes respectively, to leave Taylor shell-shocked.

The crowning of a new World Champion, the farewell of a legend of the sport...#WHdarts  #LoveTheDarts pic.twitter.com/O27uAWKxex

The veteran, who won his first world title in 1990 before Cross was even born, soon sparked into life when he took out 151 en route to whitewashing his opponent in the fourth and then almost hit the perfect leg at the start of the fifth.

But after he was agonisingly denied double 12 for a nine-darter, Cross somehow won that leg and did not look back to move one set away from becoming world champion.

Taylor showed his battling qualities to prolong the inevitable for another set but Cross was not to be denied, taking out 140 with two treble 18s and double 16 to seal glory.