American Chad Haga has undergone successful neck surgery after being among six Giant-Alpecin cyclists struck by a car while training in Spain.

The 27-year-old was air-lifted to hospital after being hit on the head during a training run near Calpe in Alicante on Saturday.

Haga underwent successful surgery on neck and chin wounds, and a team spokesman said an orbital fracture would be treated later.

German Max Walscheid suffered a fractured hand and tibia and Sweden's Fredrik Ludvigsson and Dutchman Ramon Sinkeldam were both treated for cuts and bruises.

Iwan Spekenbrink, chief executive of Giant-Alpecin, said in a statement: "It has been a very tough day for the team and the riders will need time to recover.

"This team - riders, both men and women, and everyone in the organisation - feels like a band of brothers and sisters.

“Together, and by standing by each other, the team will come out of this stronger than ever."

Degenkolb, 27, won the prestigious Milan-San Remo and Paris-Roubaix classics last season, as well as the final stage of the Vuelta a Espana - an event in which he won the points classification in 2014.

Barguil, 24, finished 14th overall in last year's Tour de France and is considered to be among the riders capable of ending France's long wait for a home winner.

It isn't known when any of these riders will return to the saddle. 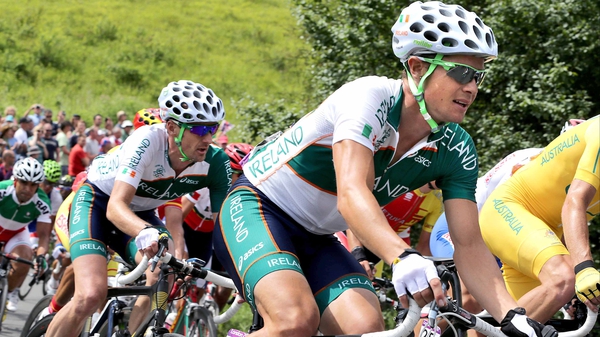