The Los Angeles Lakers' game against city rivals the Clippers on Tuesday night has been postponed following the death of basketball great Kobe Bryant, the NBA has announced.

The league said the decision was "made out of respect for the Lakers organisation," which is grieving the death of the 41-year-old Bryant and his 13-year-old daughter, Gianna, as well as the seven other people who perished in Sunday's helicopter crash in Calabasas, California.

The NBA said the contest will be rescheduled at a later date.

The Lakers haven't yet made a statement about Bryant's tragic death but star power forward Anthony Davis expressed his thoughts on Instagram on Monday.

"Man this is a tough one for me!" Davis wrote about Bryant. "You were the first guy to put me under your wing and show me the ins and outs of the league. Had so many great convos about so many things and I will cherish those moments forever. Love you forever, Bean!"

The Lakers are next scheduled to play Friday when they host the Portland TrailBlazers.

The Clippers host the Sacramento Kings on Thursday. 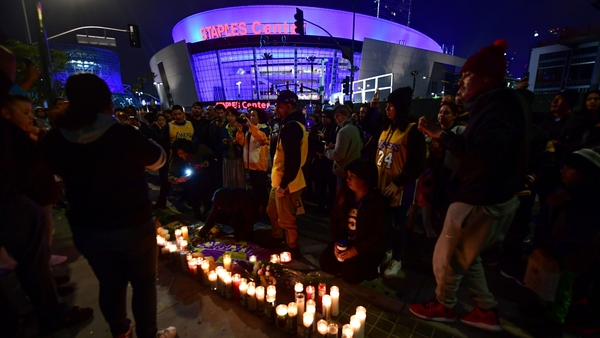