The headquarters of the Kenyan athletics federation has been stormed by athletes protesting against the leadership, according to reports in Nairobi.

The Star newspaper's online site reported that athletes bearing placards took over the Riada House offices on Monday morning and that police were in attendance.

Pictures show protesters with placards calling for outgoing Athletics Kenya president Isaiah Kiplagat and vice-president David Okeyo to quit. The athletes also blamed the officials for failing to deal with doping in the sport.

One said: "Isaiah Kiplagat and David Okeyo your time is over" and "Time for the corrupt to go home".

Okeyo, a member of the ruling council of athletics' world governing body the IAAF, has been referred to that organisation's ethics commission after it was revealed he is the subject of a police investigation in Kenya.

Okeyo is alleged to have siphoned off funds from a sponsorship deal between the national association and the sportswear firm Nike.

A Nike spokesman said last week it had acted with "integrity" in its dealings with Athletics Kenya and that the "expectation and understanding" of the sponsorship deal was that the funds would be "used to support and service the teams and athletes". 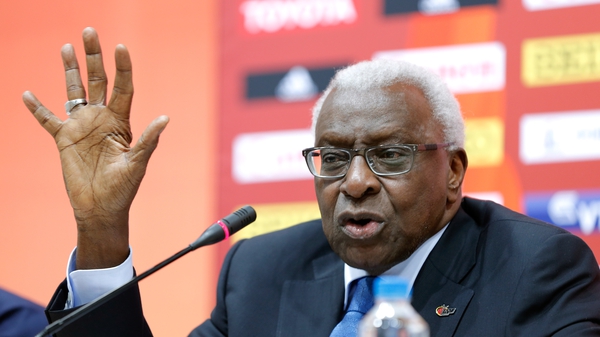