The world governing body, under fire in the wake of allegations of widespread doping in the sport, said the retesting of anti-doping samples from the 2005 and 2007 World Championships in Helsinki and Osaka had turned up 32 adverse findings from 28 athletes.

The IAAF, which has come out fighting in the wake of the accusations in the Sunday Times and by German broadcaster ARD that it turned a blind eye to mass doping, said it could not name the athletes concerned "due to the legal process".

It said: "A large majority of the 28 are retired, some are athletes who have already been sanctioned, and only very few remain active in sport. The IAAF is provisionally suspending them and can confirm that none of the athletes concerned will be competing in Beijing."

This year's World Championships get under way in the Chinese capital on Saturday week.

The IAAF said that from April this year it had, using the latest scientific developments and taking advantage of the new world anti-doping code's provision to extend the period during which samples could be tested from eight to 10 years, again retested urine samples from Helsinki and Osaka.

The IAAF said these samples had been "proactively stored" at the Swiss Laboratory for Doping Analyses (LAD), the World Anti-Doping Agency-accredited laboratory in Lausanne, "in anticipation of new scientific developments".

It pointed out it had already, in 2012, conducted a first round of reanalysis of samples taken from Helsinki, which it said had led to six adverse findings.

It said that to date, nine athletes had been sanctioned following retesting of samples from various World Championships.

The IAAF said in a statement: "The IAAF embarked on this long-term storage and retesting strategy in 2005 to ensure that clean athletes are ultimately rewarded for their honest efforts in IAAF competitions. The IAAF is committed to use every means at its disposal within the World Anti-Doping Code to root out the cheats, however long it takes."

Martial Saugy, the director of the LAD, said: "The latest scientific breakthroughs in anti-doping technology and analysis have been employed in the reanalysis of these samples to allow us to find previously undetectable substances.

"We are at the cutting edge of the fight against doping. In our 10-year partnership with the IAAF we have been using every scientific advance and legal opportunity at our disposal to catch the cheats. The IAAF and the IOC (International Olympic Committee), working in cooperation with the LAD, clearly showed the way 10 years ago and other anti-doping organisations and sport federations, on WADA's recommendation, are now considering or have started implementing such a retesting policy."

The IAAF has been accused of not following up suspicious blood test results from hundreds of athletes, including major medal winners, in allegations based on the expert analysis of leaked data relating to 12,000 blood tests conducted on more than 5,000 athletes.

The claims threaten the already fragile reputation of the sport rocked by repeated drug scandals and have been vehemently denied by the governing body. 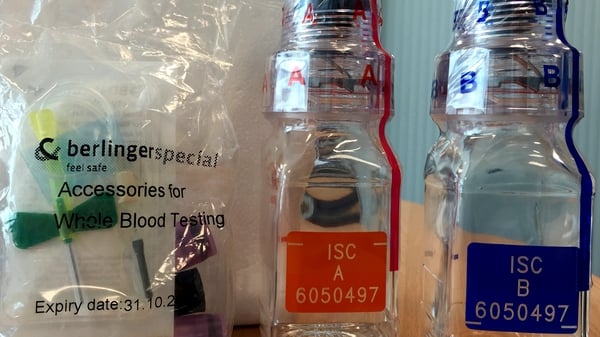 In the blood: Fighting doping in Irish sport Athletics