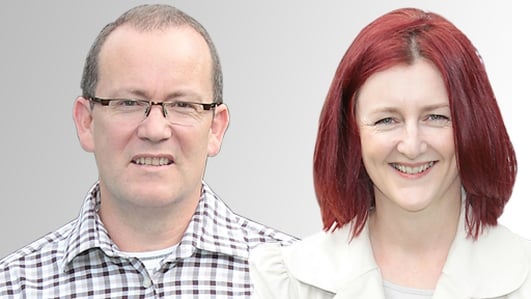 The Search For ET

The size of the Universe One of the biggest obstacles in the path of both finding ET, and then trying to communicate with him is the sheer size of the Universe. It is so big that it is hard for the human brain to comprehend its vastness.
The fastest speed possible in the Universe is ‘light speed’, yet even at that speed it would take 4 years for a signal to travel from Earth to our nearest Star, Alpha Centauri. We live in the Milky Way Galaxy, which it would take hundreds of thousands of light years for a signal travelling at the speed of light to cross.

Then, beyond that, there exists hundreds of billions of other galaxies, some of which would take hundreds of billions of years for light to reach. This is not even including the strong possibility that our Universe is just one of many more Universe that are in existence.
Professor Andy Shearer, Director of the Centre for Astronomy at NUI Galway, acts as our guide as we voyage into the vastness of space.

Close to midnight on the 15th August 1977, a signal was received from deep space by the Big Ear telescope in Ohio that had ‘all the attributes of a signal from an extra-terrestrial civilization’.

The signal arrived in at 1420 megahertz – a frequency that has little natural interferences – and lasted for 72 seconds before disappearing again.

Three days after the signal was received, it was picked up by scientist Jerry Ehman, as he analysed the paper data while sipping coffee in his kitchen.

Jerry, who was a volunteer with the SETI (Search for Extra-Terrestrial Life) Programme,  recognized its significance and wrote ‘Wow’ with a red pen in the margin, beside the dramatic data. The signal cannot be explained by any man-made, or natural sources and in the 37 years since the Wow signal was received it has remained mysterious.

Where is ET?
Scientists have been seriously searching for ET since the 1960s. In recent decades it has become possible to do faster and more accurate searching.

Seth Shostak, senior astronomer at the SETI Institute explains how the search has progressed since, and what the prospects are for finding ET.

Seth believes that a signal from ET will be found in the next few decades thanks to science’s growing ability to search faster and more accurately.

He is often asked at parties whether ET might just NOT be out there. His replay is that this is akin to proclaiming - after searching 1 square mile of Africa and finding no elephants - that there are no elephants in Africa.

Paul Davies is a British astronomer based in Arizona. He believes one of the reasons why the search for ET has yielded nothing but ‘An Eerie Silence’ (the title of one of his books) is because we don’t know what to look for.

The likelihood, according to Paul, who is Director of the Beyond Centre at the University of Arizona, is that ET might be post-biological. In other words and advanced civilization might have cast off the shackles of biology, and become some kind advanced, non-living, super-intelligent system.

We have been looking for ET in our own image, says Paul, and that’s a mistake, as we have to imagine the imaginable to successfully find ET.

The history of alien spotting
Lorcan Clancy brings us on a whirlwind tour of alien spotting from ancient times right up the famous UFO sighting reported by US aviator and businessman, Kenneth Arnold in Washington State in 1947,  that resulted in the term ‘flying saucers’ being used for the first time

What if ET DID call? It might be difficult to have a conversation, given the huge distances involved, but what impact would ET calling have here on Earth?
Paul Davies heads up the SETI Post Detection Task Group, made up of scientists, journalist, philosophers and others. Their job is to figure out what to say if ET DID call.

Lorcan Clancy takes us through our progress to date on exploring space, beginning with the Nazi V2 Rocket tests in 1942 – the first object to reach outer space – through to Sputnik in 1957 – the first satellite in space – the Apollo landings in 1969,  international co-operation on the International Space Station (I.S.S.) and the plans to land humans on Mars.

The human body in space

Imagine an apartment of about 100 square metres, shared with several colleagues, and no opportunity to go outside for fresh air or a walk. That is what it’s like living onboard the I.S.S. says Italian astronaut, Paolo Nespoli.

This is a weird world, in which micro-gravity has a marked effect on the body, causing wasting of muscles and bone, as the I.S.S. constantly ‘falls’ at 8km per second.

Paolo, who spent months onboard the I.S.S. said that the speed the station travels at means there are 16 sunrises and 16 sunsets each day.

He maintained contact with the world, by telephoning his family each day, and there was Internet (albeit very slow) which he used to sent tweets, pictures of space and even do his taxes online.

Professor Anthony Murphy,  NUI Maynooth, describes the darkness and numbing cold of space, where temperatures hover just above ‘absolute zero’.
This is a place, he says, where nothing can be heard, and it would not be possible to speak as there is no air to carry sounds. If a person was transported to space they would be frozen and asphyxiated instantly. Meanwhile, scientists like Brian Caulfield, UCD, are working to develop technology to help humans stay healthier for longer in space.

He is working with a company called Biomedical Research to develop a machine that can help prevent muscles from wasting, increase calorie burn, and heart rate, in order to limit the damaging effects of micro-gravity.

The final word on the ancient question, Are we alone? goes to the late US astronomer, writer and broadcaster, Carl Sagan
“If it’s just us, it seems like an awful waste of space”.

What's It All About - Episode 2

The second of four programmes presented by Colette Kinsella and Sean Duke that explores some of the wonderful mysteries of science.