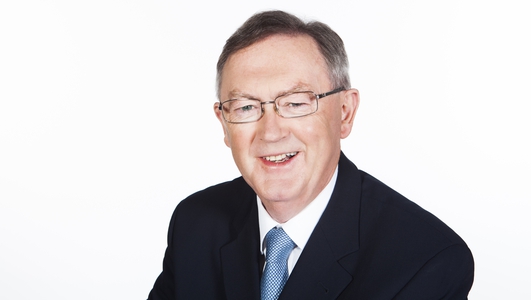 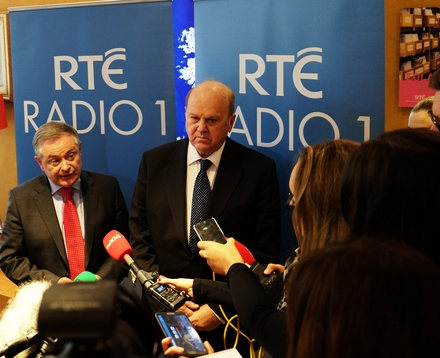 This Changes Everything: Capitalism vs The Climate

Naomi Klein made headlines fourteen years ago with the publication of her first book No Logo, which as it subtitle declared took ‘aim at the brand bullies’ of our globalised world. In 2007 she followed this with The Shock Doctrine which had in its crosshairs the neoliberal free market proselytisers who were remaking the world in their own image. And now she’s back with This Changes Everything: Capitalism versus The Climate, a book which was described as a book about climate change for people who don’t read books about climate change.

To lose a child is the most devastating loss that any parent could ever imagine or endure, but to lose a child you never had the chance to know brings a different type of grief to bear.

Deirdre Pierce McDonnell, who has suffered two miscarriages and Sheila Power who is a psychotherapist and also a trained midwife who worked on the bereavement team at Holles Street Maternity Hospital for a number of years join Sean this morning.

More than a thousand bright young people from all over the world are in Dublin this week. They’re here to attend the One Young World Summit.

The One Young World Summit is a forum for young leaders (18-30) from all over the world and high-profile speakers include Kofi Anan, Mary Robinson, Bob Geldof and Dame Ellen MacArthur.

The Hungarian capital Budapest is a city full of Eastern European charm. Set on the river Danube, and famous for its hot springs and public baths, it offers a wealth of culture, charm and easy access to other European cities. Karen Creed and Mary Murphy, author of the blog ‘Unpacking my bottom drawer from Budapest’ join Sean to discuss.

The best introduction to Hungary’s capital is by starting your trip with a sightseeing tour along the Danube. The river bisects the capital, and cruising along its 28km stretch is a great way to take in the story of how modern day Budapest evolves. It’s like two cities for the price of one as you have the ancient Buda district complete with its charming castle and on the other side of the river the modern metropolis of Pest. Most visitors tend to soak up the history of Castle Hill in Buda, then take a rest in Pest with its green spaces and vibrant restaurant scene. Walking across Chain bridge, the first bridge to connect Buda and Pest, is worth a stroll to get a good sense of how the two parts of the city were first connected.

The restaurants stretch way beyond the stereotypical expectations of goulash. Budapest’s reputation as a food capital dates from the late 19th and the first half of the 20th century and, despite a fallow period under communism, the city is once again commanding attention. So, too, are its excellent wines – from Villány’s big-bodied reds and Somló’s flinty whites to honey-gold sweet Tokaj.There is an incredible restaurant and bar scene with Franz Liszt Square being one of the most popular areas at night. The csárda is the most distinctive type of Hungarian venue – an old-style tavern offering traditional cuisine and beverages while Borozó is like a cozy old-fashioned wine tavern. Two of the most enticing restaurant options include Apetito in the Castle Buda district and Karma in Franz Lizst Square.

Budapest is a fantastic city for shopping, whether you’re in the market for traditional folk craft, or designer goods Traditional items with a Hungarian stamp – now called Hungarica – include folk embroidery and ceramics, pottery, wall hangings, painted wooden toys and boxes, dolls, all types of basketry, and porcelain (especially from Herend and Zsolnay). Traditional markets stand side by side with mammoth shopping malls, and old-style umbrella makers can still be found next to avant-garde fashion boutiques. Christmas markets are particularly popular and draw huge crowds from late November until Christmas.

What's there for children?

Although Budapest is a tempting couples break it is also geared towards younger visitors. There’s the railway in the Buda Hills where kids can get to drive a steam train, the captivating Labyrinth of Buda Castle under the Várhegy (Castle Hill) and fun hands-on science at the Palace of Miracles. There is also the impressive zoo and the largest ice skating rink in Europe. Horse riding is a major hobby in Hungary and there are numerous places to take a trek or a riding lesson not far from the city.

Opera and theatre is also an integral part of Hungarian culture and you can purchase a ticket for as little as €7. The Budapest Card is another worthwhile purchase if you are there for the weekend. It’s available in 48 and 72 hour editions, and for around €15 to €20 respectively, tourists can receive free travel on public transport, and free admission to museums.

It does not matter what month you visit the Hungarian capital – spa baths, hearty food and quirky shops all make it a great escape. But there is no doubt that winter is when the city is particularly inviting with its ice skating rinks and snow capped buildings.