On this week's programme: The Influenza Pandemic a century ago and its parallels with what's happening today; War and Peace in a Docklands Hotel; and we preview a TG4 documentary on the revolutionary heritage of the Georgian Townhouse at 6 Harcourt Street in Dublin. 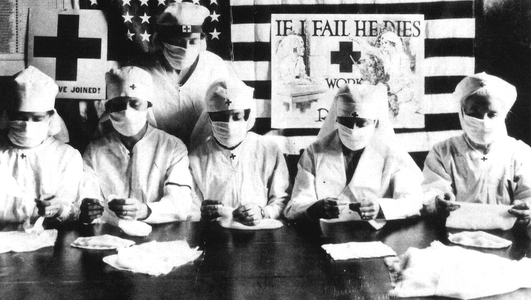 To discuss more of the echoes and lessons from the pandemic a century ago that can inform our present situation, Myles is joined by Dr Ida Milne, social historian of disease and medicine, and a lecturer at Carlow College. Ida has researched and written extensively on the Influenza pandemic in Ireland in 1918 and 1919.

Ida's book is called Stacking the Coffins: Influenza, War and Revolution in Ireland, 1918 to 1919. It's published by Manchester University Press. 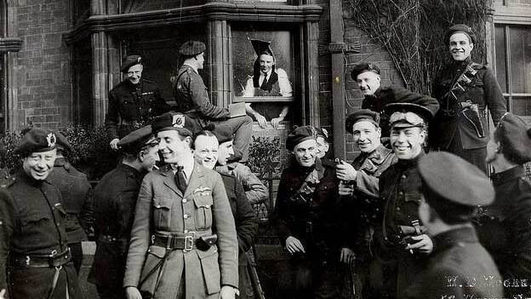 War and Peace in a Docklands Hotel

One hundred years ago today, at 8AM on Monday, the 11th of April 1921, workers on their way to Dublin's docks witnessed an audacious bomb attack by the IRA. Their target was a unit of Auxiliaries based at the London Northwestern Railway Hotel on North Wall Quay.

To mark the centenary of this event, the East Wall History Group have produced a documentary called War and Peace in a Docklands Hotel which premiered online earlier today.

The documentary covers not just this particular IRA attack – but also the considerable history attached to this building. The documentary is on Youtube, click here to view it 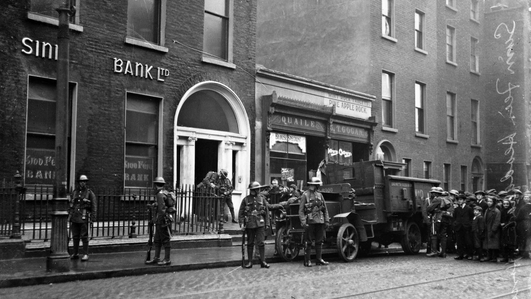 On the subject of buildings with a strong revolutionary heritage, there's a new documentary called Uimhir 6, on TG4, this Wednesday, the 14th of April at 9:30PM. It tells the story of Number 6 Harcourt Street, an elegant Georgian Townhouse that today serves as the Headquarters of Conradh na Gaeilge.

The building has a long association with the nationalist movement – serving at one time as the Headquarters of Sinn Fein. In the early months of the breakaway republic in 1919, Number 6 served as the De facto ministerial offices for the government. Michael Collins used an office there to administrate the Dáil loan.

We hear from Conradh na Gaeilge curator Cuan Ó Seireadáin about one particular episode in the building's long and storied history.