On this week's programme - The Salesian Sisters in War of Independence era Limerick; the first sculpture of historical women in New York's Central Park; and Cold War perceptions of the Irish Republican left. 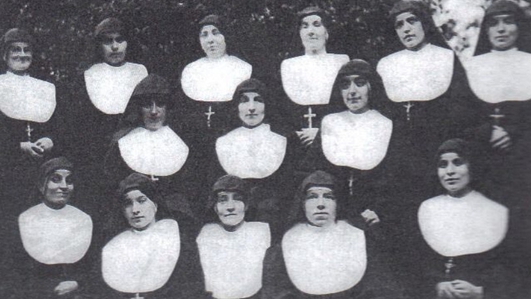 One hundred years ago this month, in October of 1920, four nuns arrived in Limerick at the height of the War of Independence. They were members of the Salesian Order – set up in the late 19th century by the Italian priest, Saint John Bosco. These were the first group of Salesian Sisters to set foot in Ireland.

The four foreigners – three Italian and one English – came to take on a mission of education among some of the poorest and most deprived people in Limerick.

Historian, Dr Sinead McCoole is one of the co-authors of that book, and she joins Myles. 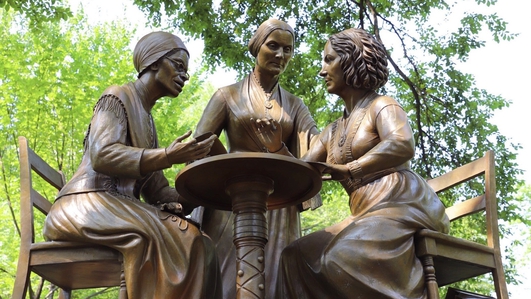 The famous Central Park in Manhattan covers more than 800 acres, and within it, you’ll find a lot of history. There’s about two dozen statues of historical figures within the park. Until very recently though, none of these statues depicted an actual historical woman. That all changed over the summer, when a new sculpture was unveiled, honouring three key figures in the American women’s rights movement.

Colm Flynn spoke to the sculptor Meredith Bergmann, and found out more about the newly unveiled Women's Rights Pioneers Monument, honouring those three important figures in the battle for women’s rights. 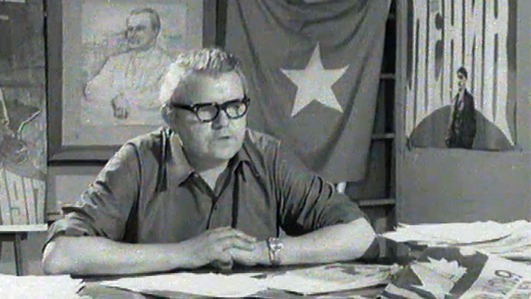 For most of the 20th century, the fear of Communism loomed large in the minds of western governments. The Bolshevik revolution of 1917 shaped attitudes towards Soviet Russia, and set the scene for the Cold War to emerge in the 1940s. Bolshevism was, after all, the self-proclaimed vanguard of a world revolutionary movement – and its spread was of great concern to Western powers.

A new book by our guest, historian Dr John Mulqueen, explores how Ireland, wracked by the violence and instability of the Troubles, was viewed as a potential pawn in a wider geo-political chess match. It's called An Alien Ideology – Cold War Perceptions of the Irish Republican Left, and it's published by Liverpool University Press.

[Pictured is Michael O'Riordan, General Secretary of the Communist Party of Ireland from 1970–1983]