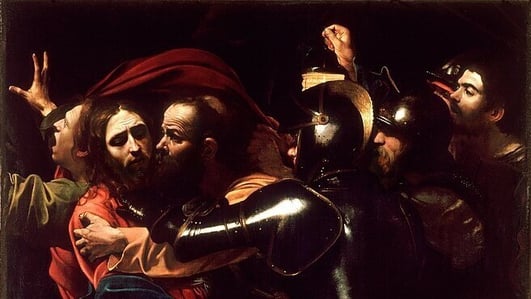 The Lea-Wilsons and The Taking of Christ

Next month will see the 100th anniversary of the killing of a Royal Irish Constabulary Officer – District Inspector Percival Lea-Wilson. You may know the name, because Wilson – along with his wife Marie - are forever associated with the Caravaggio painting The Taking of Christ, which hangs in the National Gallery.

That long-lost masterpiece was identified in the Jesuit Hall in Dublin in 1990. Marie Lea-Wilson had donated the painting to the order in the 1930s, in gratitude for their support following the shooting of her husband.

Myles is joined by radio and theatre producer Eithne Hand, who has researched the lives of Percival and Marie Lea-Wilson, and how that Caravaggio painting came to be re-discovered.  Eithne is the granddaughter of Liam Tobin, one the men who killed Percival Lea-Wilson. 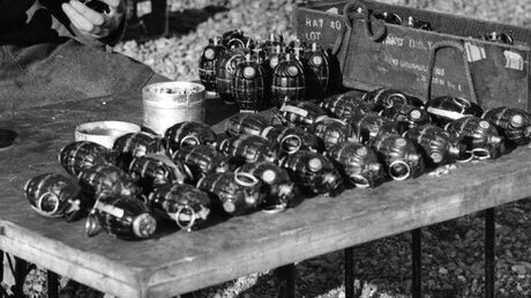 On Wednesday evening, Harold's Cross bridge in Dublin was closed off, while Gardaí and members of the Defence Forces dealt with a grenade dating from the War of Independence. It was found in the Grand Canal, close to the bridge, taken from the water and made safe.

It got us wondering - how many century old grenades and other munitions from the revolutionary era are still out there - and how dangerous are they? To talk about this, Myles is joined by Lar Joye, Port Heritage Director at Dublin Port, and former curator of the Military Collections at the National Museum. 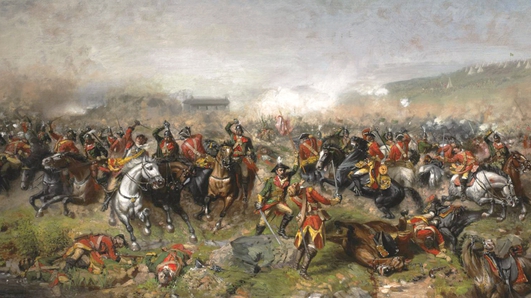 We're going back now to 1691 – an important year in determining the future of Ireland. 1691 is also the title of a new novel by author Joe Joyce,

The novel opens in May of that year, in the midst of the Nine Years War. The armies of the English King James and his Dutch usurper King William are on the move again, resuming where they left off for the winter.  The Jacobites, supporters of King James, have been pushed westwards beyond the River Shannon, following their defeat at the battle of the Boyne the previous year. But they’re far from beaten.

To talk about the history that underpins his book, Myles is joined by Joe Joyce. You can find out more at Joe's website and order the book on Amazon in paperback or as an ebook.