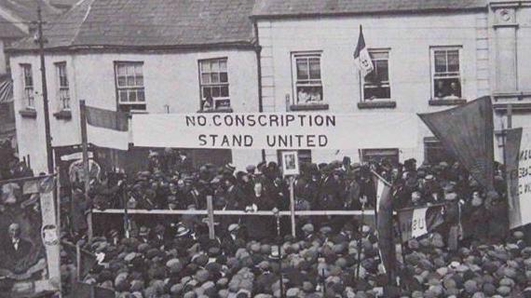 One hundred years ago this week, the British moved to impose conscription in Ireland. It was an attempt to force Irishmen into the carnage of World War One, at a time when anti-war feeling had never been stronger or more widespread. On this programme, we’ll explore this watershed moment in Irish history, when the country faced down the British government, and rallied together to oppose the plan.

In a report by Lorcan Clancy featuring military historian Paul O'Brien, we hear how Britain's shortage of manpower led them to take the drastic step of imposing compulsory military service on Ireland. 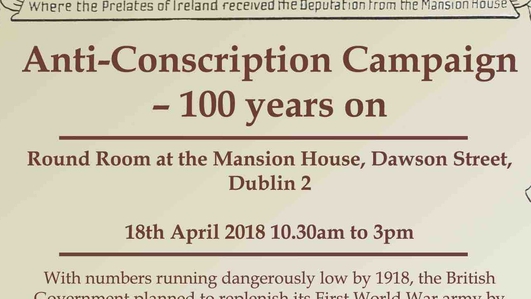 On Wednesday 18th April 2018, Dublin City Council will host a one-day conference to mark the Mansion House Conference against conscription which was convened and chaired by Lord Mayor Laurence O’Neill on 18 April 1918 at Dublin’s Mansion House.

The conference will begin at 10.30am in the Round Room at the Mansion House, Dawson Street, Dublin 2. Speakers on the day will include Ciarán Wallace (TCD), O’Neill’s biographer Thomas J. Morrissey SJ, Brian Hanley (Edinburgh), Liz Gillis, Dr Micheline Sheehy Skeffington (NUIG), Francis Devine (SIPTU) and Roger Cole.  The seminar will also look at the crisis as recalled in song. Admission is free and lunch is included, but advance registration is required by e-mail to dublinpubliclibraries@dublincity.ie 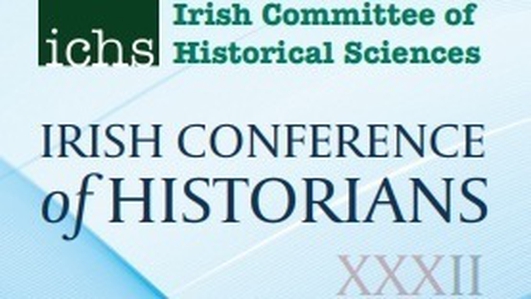 It will feature twenty-two panels addressing topics relating to the history of sex, sexuality and reproduction from antiquity to the 1990s.