This week, we recall some of the odder deployments of the Irish Army; we hear the tragic stories of three unusually tall Irishmen who lived in the 18th Century, two of whom remain on display today – against their wishes; and we get a sneak preview of a new film about the partition of India in 1947. 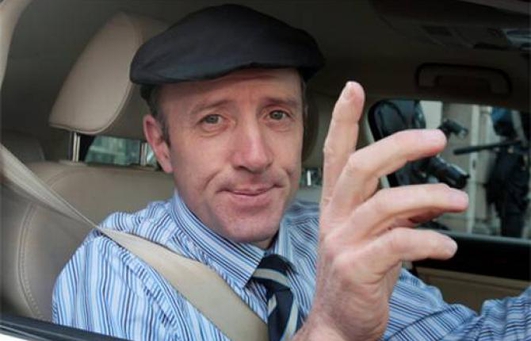 Michael Healy-Rae in the Dáil this week called for the Defence Forces to be deployed for a botanical emergency in Killarney.  The call was greeted mostly with derision, but over the course of its history, the Irish Army has been deployed in some pretty unusual circumstances, as Security and Defence Analyst, Declan Power, explains. 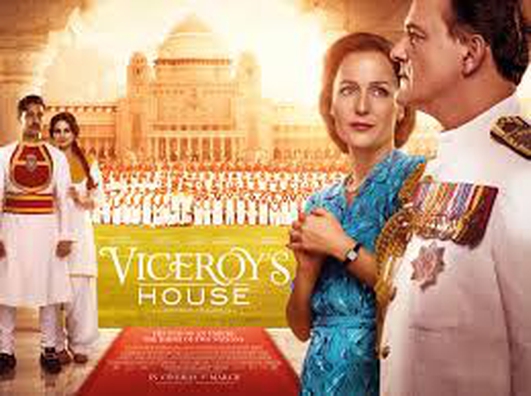 Viceroy's House – new film about the 1947 partition of India

It’s Oscar weekend in Hollywood, and it’s movie time too here on The History Show: specifically we’re talking about a film that will go on general release this Friday, 3rd March 2017, with an all-star cast led by Hugh Bonneville and Gillian Anderson as Lord and Lady Mountbatten.  Viceroy’s House is set in New Delhi in 1947, when the sub-continent of India was divided into Hindu-majority India and Muslim-majority Pakistan and Britain was in the process of withdrawing.  We asked two people to watch a preview of the film for us:

Martin Mansergh is a former Minister of State, TD, and Senator.  He’s also a historian, like his father Nicholas Mansergh who was a close observer of British-Indian relations, and was appointed by Harold Wilson s editor-in-chief of a collection of documents about the handover of power in India.

Pranjali Bhave is a Galway-based documentary-maker from India whose grandfather was inspired by the 1916 Rising and fought an armed struggle against British rule in India in the 1930s and ‘40s.

Click here to listen to Pranjali’s radio documentary about how the 1916 Rising inspired a movement in India. 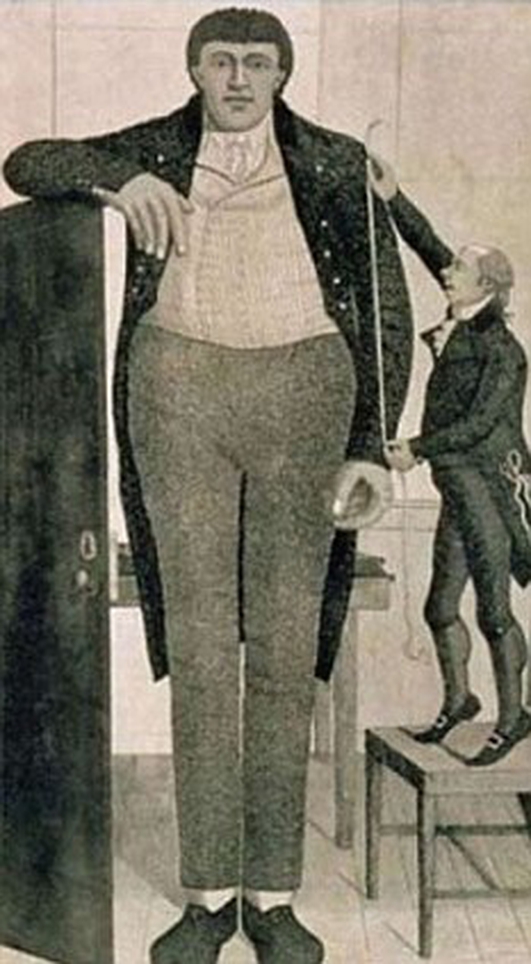 Giants and Gigantism in Irish History

Back in October, Brian Hand from the National College of Art and Design spoke to us about the ‘invention’ of the Irish wolfhound breed of dog – known as the ‘gentle giant’.  As part of his research, he’s been looking at the wider idea of the Irish giant and “the gigantic” in Irish history.  He tells Myles the extraordinary and tragic stories of three real-life 18th Century Irish giants.  On the story of Charles Byrne – “the Giant O’Brien” – University of Stirling’s law lecturer, Thomas Muinzer, contributes by phone.  Another ‘giant’ mentioned is Cornelius McGrath, from Nenagh, whose remains are still preserved in Trinity College Dublin.

Cornelius McGrath the Tipperary Giant” died in 176o in Dublin. He was part of a group of individuals with “gigantism” or acromegaly as it is now referred to. Following his death his remains were dissected and displayed in the Anatomy School of Trinity College Dublin where they were used for teaching. The practice of exhibiting the skeletons of those with gigantism and other unusual clinical features was common in medical schools across Europe at the time. Often it was the only way in which rare diseases could be studied. Such practices were historical, they don’t align with the contemporary concepts of diagnostics, medical ethics, law and consent that exemplify our modern body donation programmes. Nonetheless such examples retain significant value.

Since 1760 the remains of Cornelius have been meticulously conserved by highly qualified staff in our anatomy museum. External oversight of our collection lies with the Inspector of Anatomy, appointed by the Medical Council of Ireland the inspector has a remit to monitor the activities and standards of care implemented across anatomical collections used in medical teaching and research. The inspector also approves the burial of remains that are no longer actively used in teaching.

Cornelius has taught a great many students, scientists, professors and experts about his rare disease, acromegaly about anatomy and about the evolution of cultural and medical practices over time. He continues to inspire scholarship in the fields of Genetics, Bioengineering, Art and the Medical Humanities. Today in addition to anatomical variation and endocrinology his story assists our medical students to understand the importance of professionalism in medicine and to understand how disease, stigma and curiosity may be linked to define the experiences of those who suffer illness. We could replace his bones with a plastic model but we could not replicate the authenticity of his condition and living with an incurable disease. We believe there is much that the profession can continue to learn by ongoing exploration of his remains and his life viewed against a contemporary framework. In that context the School of Medicine considers that the potential educational and research benefits merit retaining the remains.

The museum where Cornelius McGrath resides is not open to the public however, it is accessible by arrangement for individuals or groups undertaking approved educational or research activities. In the past Cornelius has gone on brief public display, notably to celebrate the tercentenary of the School of Medicine in 2011 and more recently as part of the European sponsored “Research Night” which seeks to engage the public in research. We have no plans for further public display at this time and no plans for burial or cremation, nor have we been approached by individuals requesting burial.

Viceroy's House - new film about the 1947 partition of India 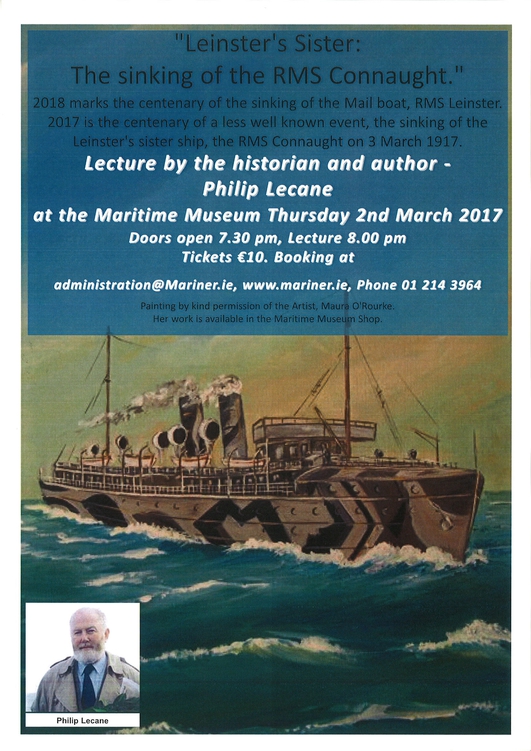 History events coming up this week

This Thursday evening [2nd March 2017], the National Maritime Museum is hosting a lecture by historian and author Philip Lecane about the sinking of the RMS Connaught – the sister ship of the RMS Leinster.  Click here for more details.