Body Snatching in the 19th Century

A portrait of the "father of the information age".

Frank Hopkins tells the story of a man knocked down by a sleigh in January 1881.

Report from the Memorial to the Murdered Jews of Europe in Berlin.

Dr. Maria Fallina of UCD’s School of History and Archives on the experience of Jews in Eastern Europe during World War II.

Body Snatching in the 19th Century

During the 18th and 19th century, the practice of body snatching, the secret stealing of dead bodies from their graves, was common. 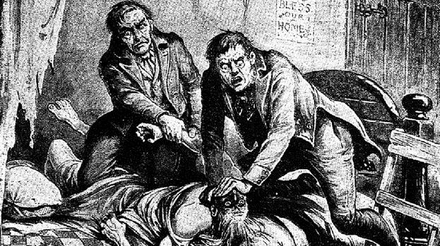 At the time, Dublin was the body snatching capital of Europe, as corpses were in constant demand by anatomy and surgical schools, where they were essential for medical research and training. 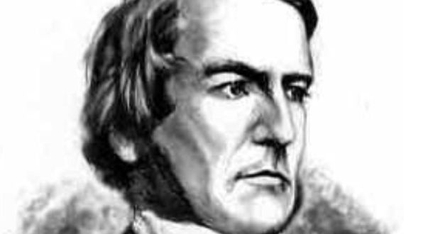 This year marks the bicentenary of the birth of George Boole, one of the leading mathematicians of the nineteenth century. Lorcan Clancy found out more about the life and work of a man who’s often described as ‘the father of the information age’ and whose contribution to mathematics provided the basis for modern computers. 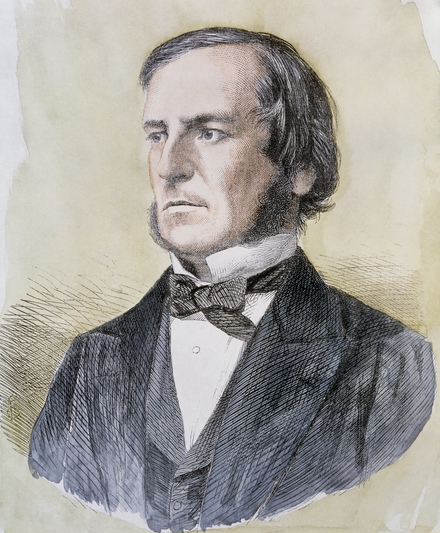 In 2015, University College Cork celebrates the bicentenary of George Boole, first professor of mathematics at UCC and forefather of the information age. The year kicks off with the George Boole 200 Inaugural Lectures on the 5th February.

The co-founder of the world’s two largest electronic design automation companies (EDA) and the former Chief Scientific Adviser for Scotland will be the guest speakers at the Inaugural Lectures which will take place in Boole Lecture Theatre 4 on UCC’s main campus at 6pm.Professor Alberto Sangiovanni-Vincentelli, University of California Berkeley and Professor Muffy Calder OBE, University of Glasgow, will discuss how Boolean thought has influenced our modern world.

To register for this free lecture visit https://georgeboole200-inaugurallecture.eventbrite.ie/

The event will be live streamed, visit tinyurl.com/GB200InauguralLectures.

For enquiries and more information  email georgeboole200@ucc.ie or visit http://www.georgeboole.com/ 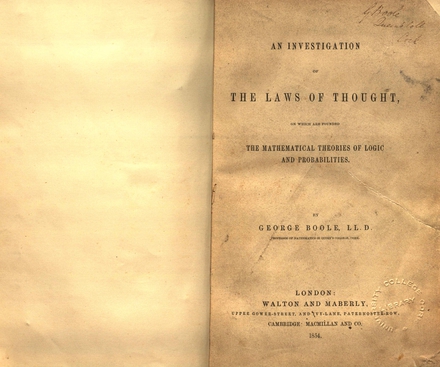 o   Commissioning and filming of a documentary film on Boole

o   Bicentenary Boole Conference:  his achievements and his multiple legacies

o   “Conversations on George Boole”, a series of filmed interviews with internationally renowned speakers on the influence of George Boole in mathematics, engineering and computer science

o   Engagement with schoolchildren on the legacy of George Boole 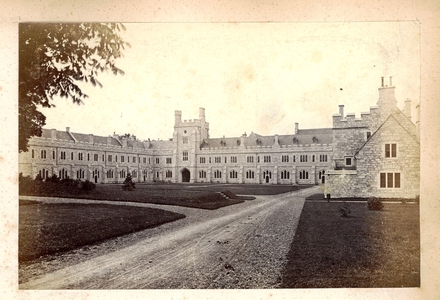 George Boole (2 November 1815 – 8 December 1864) was an English mathematician and philosopher, most recognized as the inventor of Boolean Logic, which is the basis of modern digital computer logic. He was awarded the first Royal Medal in mathematics for his 1844 On a General Method in Analysis, published in the Transactions of the Royal Society, and was in 1849 appointed first Professor of Mathematics at the Queen's College in Cork (now University College Cork).

Born in 1815 to Mary Ann Joyce (1780-1854) and John Boole (1777-1848) in Lincoln, England, Boole was the son of parents of modest means. His father, a cobbler by trade, had an abiding love of science, literature and mathematics much to the detraction, and ultimate collapse, of his business affairs. George Boole being a deeply religious man had intended as a young man to enter the Ministry but was forced owing to his family's circumstances to teaching, working in Doncaster, Waddington and Liverpool before establishing his own school in Lincoln at age 19.

Though Boole published little except his mathematical and logical works, his acquaintance with general literature was wide and deep. From an early age he was fluent in Greek and Latin, later teaching himself French and Italian so that he might understand continental developments in mathematics. He continued to create new and translated poetical works throughout his life, coming first to fame in 1830 when, as a fourteen year old, the Lincoln Herald published his translation from the Greek of Meleager’s Ode to the Spring. It caused controversy as it was thought too good to be a ‘juvenile production’. His reflections upon scientific, philosophical and religious questions are contained in four addresses upon The Genius of Sir Isaac Newton, The Right Use of Leisure , The Claims of Science and The Social Aspect of Intellectual Culture, which he delivered and printed at different times.

Having though his own self-education and industry secured himself a situation of relative comfort Boole was active in attempting to raise the societal and educational prospects of those less fortunate. His involvement with Lincoln's Mechanics’ Institute, whose object was the ‘…cultivation of Experimental, Natural and Moral Philosophy; and of knowledge in all departments—avoiding Political and controversial Divinity, and also the Lincoln Early Closing Association, whose aim was to reduce the working day for many to explore, in leisure, their continued education was consuming, though not to the detriment of his mathematical research.

Boole's father died in December 1848 before the decision had been made concerning the Irish chairs but an announcement came in August 1849 that Boole was to become the first Professor of Mathematics at Queen's College, Cork, and he took up the position in November. Augustus De Morgan (1806 – 1871), Philip Kelland (1808 – 1879), Arthur Cayley (1821 – 1895), William Thomson (Lord Kelvin, 1824 - 1907) are amongst several distinguished mathematicians who wrote in strong support of his appointment. He taught at the University for the rest of his life, gaining a reputation as an outstanding and dedicated teacher. However the position was not without difficulty as the College became embroiled in religious disputes.

The personal character of Boole inspired all his friends with the deepest esteem. He was marked by true modesty, and his life was given to the single-minded pursuit of truth. Though he received a medal from the Royal Society for his memoir of 1844, the Keith Medal from the Council of the Royal Society of Edinburgh, and the honorary degree of LL.D. from the University of Dublin, he neither sought nor received the ordinary rewards to which his discoveries would entitle him.

On 8 December 1864, in the full vigour of his intellectual powers, he died of an attack of fever, ending in effusion on the lungs. He is buried in Blackrock, a suburb of Cork.

In 1855 George Boole married Mary Everest (1832-1916), daughter of the minister Thomas Everest and niece to Colonel Sir George Everest (1790-1866) a Welsh engineer after whom Mount Everest is named. They had five daughters:

If you're interested in learning more about this influential mathematician, you can read Des MacHale’s biography: The Life and Work of George Boole: A Prelude to the Digital Age, which was recently republished by Cork University Press.

Frank Hopkins told the story of a man knocked down by a sleigh in January 1881.

This was just one of the many stories that never made it to the history books.

Frank Hopkins is author of Ireland 366 – A story a Day from Ireland’s Hidden History. 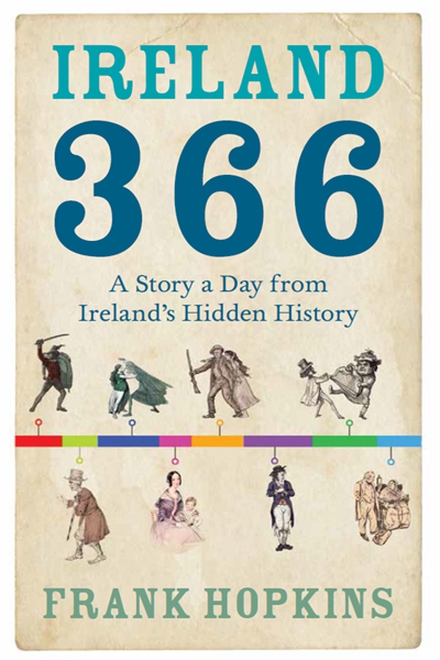 The doomed voyage of the Hindenburg, as described in a Pathé newsreel from 1937. The crash of the Hindenburg hastened the demise of the Zeppelins, the German airships used as passenger vessels, but also as bombers.

100 years ago this week, locals in the English seaside town of Great Yarmouth reported hearing an eerie throbbing sound above them. This was followed shortly afterwards by the sound of explosions in the streets. 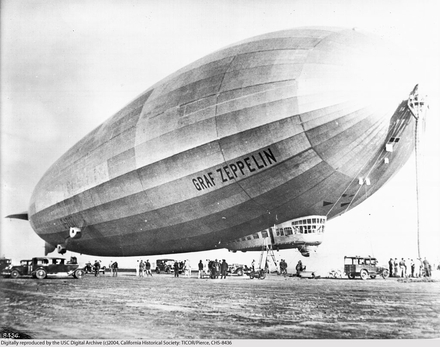 On the night of the 19th of January 1915, the terror of aerial bombardment was unleashed on the British for the very first time.

Today marks National Holocaust Memorial Day which commemorates the six million Jews, and the millions of others, who were murdered under Hitler's Third Reich. 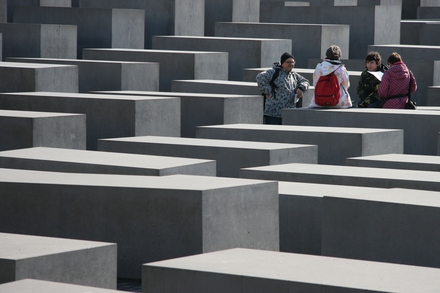 In Berlin, a large-scale memorial honours the Jewish victims of the Holocaust.  Jonathan Creasy visited the site in the German capital and found out more.

He spoke to Dr Ulrich Baumann at the Memorial to the Murdered Jews of Europe in Berlin. 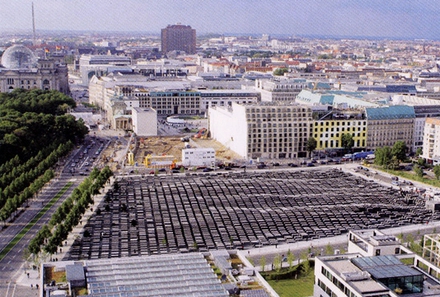 Memorial to the Murdered Jews of Europe

Dr. Maria Fallina of UCD’s School of History and Archives talked about the experience of Jews in Eastern Europe during World War II. 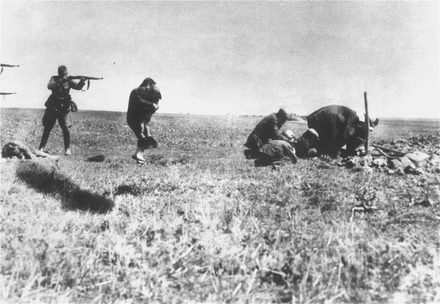 She first talked about the Jews in Eastern Europe before WWII to explain the situation and how it was different to Western Europe.

- High number were in the Pale of Settlement in the former Russian  Empire (today's Poland, Ukraine, Belarus). 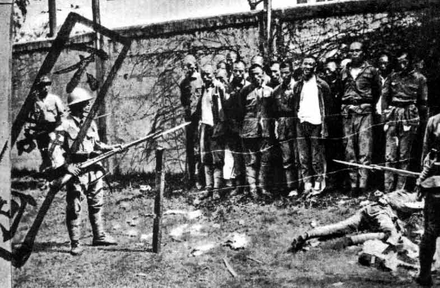 All of this was destroyed during WWII - part of Europe that is no longer there.

Maria talked about the war experience and how Jews in Eastern Europe (outside Poland) were more likely to be killed by a bullet (often by neighbours) than in a concentration camp. 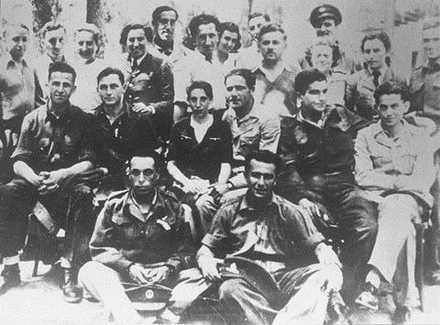 Jedwabne and pogrom in Lviv in 1941 have been very well documented and researched and have been very much discussed in academia and by the general public. 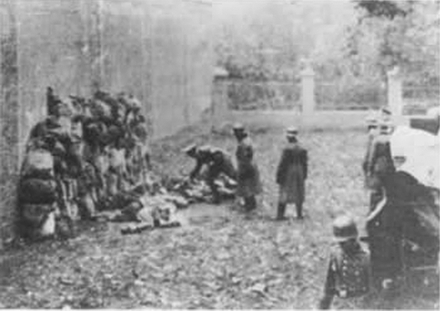 In terms of commemoration, the common and shared problem is - the role of the local population in the killings.

This month marks the 75th anniversary of Dublin airport.

If you’re interested in taking a walk through history to see what the old terminal was like, there’s a great link on The Irish Times website which we've pasted below. 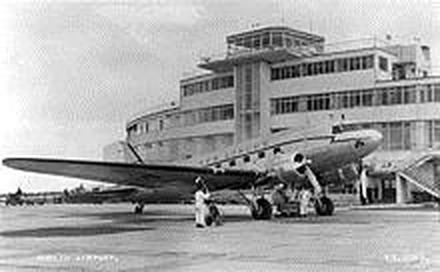 1916 Towards the Centenary; A ten week course on the Rising including lectures, talks by historians and leaders’ families and site visits.

Hand outs, cds and scripts included. Suitable for anyone interested in this fascinating era of Irish history.

Based in Skerries Sat. mornings. All Fingal residents welcome. For further info text 0879549700 or email seamanship@campus.ie