This week Danny Denton (The Earlie King and the Kid in Yellow) is joined by a panel of other writers to look at some of the book highlights of 2018 and to hear about some of the books coming out next year. 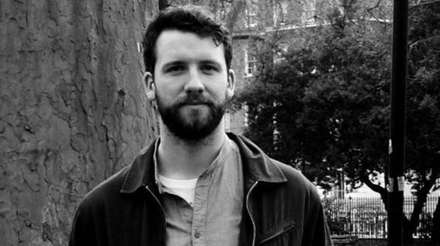 He’s joined by Helen Cullen whose debut novel The Lost Letters of William Woolf came out in 2018. Dave Rudden is the author of The Borrowed Dark trilogy for young adults, and has also written the latest book in the Doctor Who series, called Twelve Weeping Angels. Nicole Flattery’s work has appeared in print and on the radio and her debut collection of stories, Show Them A Good Time, will be published next year.

The panel discuss the books which not only caught their attention in 2018 but also some of those books published during the year which they feel should have received a bit more press.

As well as that, with only a few shopping days left before Christmas, they talk about the books which they always give as gifts. These aren’t necessarily newly published books and the panels’ choice ranges from the 1920s to the present day.

They also take time to look at some of the directions taken by the world of books and publishing during the year including the prominence of younger women writers and the continuing success of the personal essay.

Before wrapping up they briefly discuss the books coming out in 2019 which they're anticipating.

Here’s the full list of the books discussed by the writers as they appear in the episode.