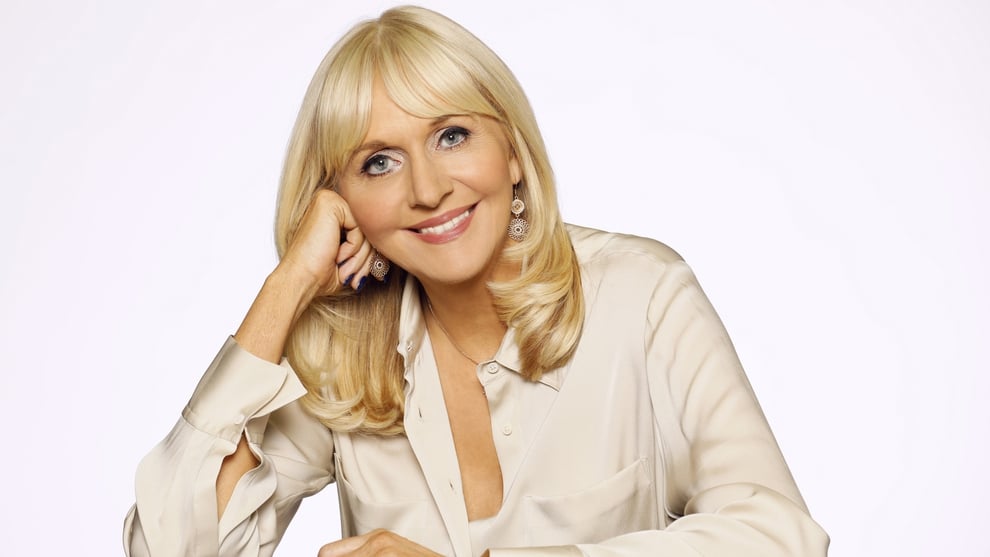 'Boland: Journey of a Poet' by Druid

Great stories from Alan McGee, about founding Creation Records and signing some of the biggest bands of the 20th century

Impressionist Conor Moore in studio for a chat, with some of his sporting characters

Works by Carl Corcoran at MusicTown 2021

Carl Corcoran discusses the works he has co-created, 'Reflexionem' and 'The Phoenix' which will premiere at the MusicTown 2021 festival in Dublin next weekend

An extract from legendary opera singer and teacher Veronica Dunne's last visit to the Sunday with Miriam studio, in 2014

Musician-turned-physicist Brian Cox talks about the latest scientific discoveries and his love for space and the cosmos. His show Horizons: A 2021 Space Odyssey comes to the 3Arena Dublin in October

A story of bullying, by Chris Sherlock

Chris Sherlock has written about his experiences of severe bullying as a teenager in a chapter in the book 'Mental Health for Millenials, Vol 4' (published by BookHub)

An Easter reflection from John Scally

Writer & theologian John Scally reflects on his Easter memories, included in his latest collection 'Inspiration For All Seasons'

Coleraine actress Bronagh Waugh chats about her career; she is part of Tourism Northern Ireland's audio initiative 'Soothing Stories' to take listeners through the northern landscape

In the wake of Daffodil Day, sports writer Kieran Cunningham remembers his brother Paddy who died from cancer aged 26

'All Shining In The Spring' by Siobhán Parkinson

Miriam chats with the singer, who has released more than 70 albums, originated the role of Mary Magdalene in Jesus Christ Superstar and dated some of the biggest names in music.

The husband-and-wife team join the show to discuss lockdown life as performers and projects that are keeping them going.

After a record-setting week at Cheltenham, Rachael Blackmore's mother talks to Miriam about the origins of her daughter's talents and the reaction in Killenaule, Co. Tipperary, to her astonishing run at the festival.

Mezzo-Soprano Aebh Kelly tells us about herself and the Feis Ceoil, before performing an aria from Studio 8, accompanied by Adam McDonagh on piano.

Miriam chats to young singer-songwriter Davie Furey about his new album, what inspires him and what he's been up to over the past year. He also performs two tracks from his new album - Who Am I and Farewell Returning Blues.

Survivor of the Bessborough Mother and Baby Home, Noelle Brown joins the programme to discuss the Abbey Theatre's streaming of Home: Part One this week, which is a project that will present the voices of survivors of these institutions on a national stage.

Journalist Paddy Murray looks back on over 40 years working in the Irish press, living with Stage 4 COPD over the last year and his new memoir.

35-year-old single mum Eileen, who is terminally ill with cervical cancer, chats to Miriam following the apology from a Louth hospital for their failure to properly investigate and treat her condition and her plans to provide for her 14-year-old son Seamus after her death.

Journalist and podcaster Sophie White talks about her essay entitled 'Drunk Mother' in which she outlines with unflinching honesty her personal battle against alcoholism as a young mother.

The London-born singer-songwriter and ex-wife of footballer-turned-TV pundit Jamie Redknapp, shares the lessons she's learned through life in the public eye since her early teens.

Dublin writer Catherine Talbot joins the programme to discuss her debut psychological suspense novel - A Good Father - which explores the phenomenon of coercive control from a male perspective.

The Oscar, Bafta and Palme d'Or winning film producer, educationalist and Labour peer Lord David Puttnam chats to Miraiam about his life as he turns 80.

Monaghan native Charlene McKenna checks in just days after revealing the news of her wedding to fellow actor Adam Rothenberg and her new series 'Bloodlands' which begins on BBC One tonight.

Singer-songwriter Susan O'Neill on how the last year has treated her and how she has survived such difficult times and we also hear a specially-recorded performance of her most recent single, 'Almost.'

Cork-based writer Trish Kearney joins the programme to discuss her abuse at the hands of swimming coach George Gibney and her new book 'Above Water.'

Pat Storey, Bishop of Meath and Kildare, chats to Miriam about being Ireland's first and only woman bishop, her senior role in the Church of Ireland and the impact this has upon her life - both positive and negative.

Kildare native Dr. Susan Hopkins, Deputy Director of Public Health England, on her role in the UK, Ireland's Covid-19 situation and encouraging young females to study, and work in, STEM.

On the 40th anniversary of the Stardust disaster, Lisa Lawlor, whose parents died in the fire, joins the programme to discuss her new book 'Stardust Baby' and how she is still searching for answers and closure.

Miriam chats to journalist and broadcaster Daisy Buchanan about her career to date and her debut novel 'Insatiable.'

Thomas Walsh, Pugwash frontman, chats about the 15th anniversary of their album 'Jollity' as well as his sober life and health issues.

Ahead of her trip to Mexico for treatment, Lynsey Bennett reacts to the settlement with the HSE this week and shares the key message she wants to send to young women while her solicitor Gillian O’Mahony outlines the legal impact of the settlement.

Bray locals Karen Cowley and Saoirse Duane are two of the trio who make up ‘Wyvern Lingo' join the programme with two tracks and to discuss lockdown, coping with the last year and what's in store for the future.

Miriam speaks to Billy Gaff, one of the biggest names in the UK music industry who managed Rod Stewart and published artists such as The Bee Gees, Status Quo, The Clash and many more during the 60’s, 70’s & 80’s.

Miriam pays tribute to the late soprano, who was a regular guest on the show, and plays a recording of Cara performing an aria from Puccini's Tosca for Miriam Meets back in 2010.

On the eve of St. Brigid's Day, or Imbolc, we hear a prayer to St. Brigid from Moya Brennan, Clare Friel and Aisling Jarvis, ahead of tonight's TG4 special, Ceol Ó Kylemore - Ceiliuradh na mBan.

Limerick brothers Dan and Barry Murphy join Miriam for a chat and a live-from-home session to perform two songs - their latest single Enough and My Love.

Being Gay in the 80s and living with HIV

Rory O'Neill, Ireland's most famous drag queen Panti Bliss, and producer and director Bill Hughes discuss the period featured in Russell T Davies' new TV show, It's a Sin, and talk to Miriam about living with HIV and the need to continue to raise awareness of AIDS.

A Cry from the Far Middle

Miriam speaks to one of America's most famous libertarians, journalist and satirist PJ O'Rourke, about last week's inauguration and his call in his most recent book for US politics to return to the middle ground.

Ahead of the virtual Trad Fest 2021, Limerick singer Emma Langford performs two tracks, her own 'The Winding Way Down to Kells Bay' and a cover of the Janis Ian classic, 'At Seventeen.'

Legacy of Mother and Baby Homes

Averil Power, CEO of the Irish Cancer Society, reacts to the recent report on Mother and Baby Homes, discusses her journey to find her birth parents and explains why adoptees need access to birth certificates in order to secure their identities.

An extended interview with former President of Ireland Mary McAleese on her Belfast childhood during the Troubles including a viscous attack on her brother John, working in RTÉ, becoming President and welcoming Queen Elizabeth to Ireland.

Gay Byrne's Daughter Suzy Byrne and long term friend and collaborator John McColgan on a new programme that will see the legendary broadcaster Gay Byrne present a one man show.

Emma and Mark O'Halloran chat to Miriam about their involvement in a collaboration that has seen twenty new Irish operas go online for the public to enjoy.

Dedication to the Vulnerable: Ann O'Mahony

Ann O'Mahony, former International Programme Director for Concern, discusses her life, a career that has spanned over four decades; taking her all over the world to help people most in need, and what she plans to do in retirement.

Award winning author and Dublin native Colum McCann with his thoughts as he celebrates Christmas in New York.