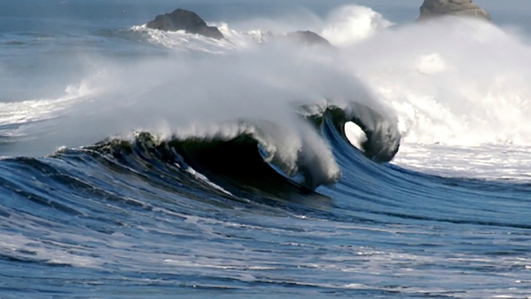 The maritime programme with Marcus Connaughton. 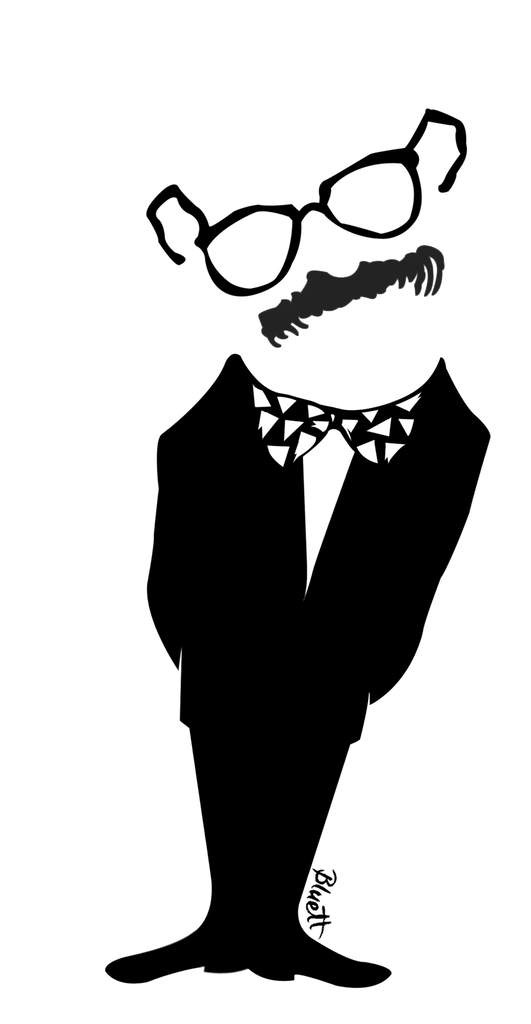 Hello and welcome aboard this week’ s  edition of your maritime  programme, the one thousand four hundredth  edition of  Seascapes ...this week we talk to Dr Deirdre Ni Conghaile of NUI Galway one of the speakers at last weekend’s Maritime History Conference in University College Cork ; we congratulate yachtsman and offshore sailor Mark Light  on being appointed as Race Director of the Clipper Round the World Yacht Race ; Grainne McPolin on the Oyster Season  in Tralee Bay and we hear the winning entries in the Write By  the  Sea Literary Festival held in Kilmore Quay earlier this year  with “The Vigil”  by Imelda Carroll of Wexford and “My Friend Never Saw the Sea” by Mary Kavanagh from Wicklow ....music from  Jerry Early and “I’ll Go” marking the loss of lives to the sea off  Arranmore Island  in Donegal in 1940  and do make a note  not to  miss  “Atlantic “ the excellent documentary from Richie O Donnell which  is being screened this coming  week on RTE One television on Thursday next 8th of December @ a quarter past ten.................First this week  to Grainne McPolin who went aboard Solitaire in Tralee Bay a few weeks ago for Seascapes at the start of the Oyster Season ......

Grainne McPolin on board the Solitaire  at the start of this years Oyster season ......

Former Derry-Londonderry skipper and offshore sailor Mark Light, 45, has been appointed Race Director of the unique Clipper Round the World Yacht Race...

An experienced sailor with many ocean crossings and over 120,000 nautical miles to his name, Mark competed in the Clipper 2011-12 Race as Skipper of the Derry-Londonderry team before becoming Deputy Race Director in 2012. With four years’ experience assisting the race planning, he is now looking forward to stepping up to the lead role, one of the most challenging that exists in global sailing.

Bird Watch Ireland  launched  a new report “ Life on the Edge “ Seabirds and fisheries in Irish waters  .....last Friday which explores the interactions between fisheries and seabirds including the knock-on effects of food shortages    on seabird breeding success; the impacts of seabird  by catch and the opportunities to implement measures which will directly benefit seabirds.

A task force of is to be set up immediately to protect the Curlew, one of Ireland's most threatened breeding bird species. This was one of the main actions which arose out of the Curlew in Crisis workshop, which took place in Co. Westmeath in November. The workshop brought together almost 100 scientists and conservationists from across Ireland and the UK to discuss the crisis facing breeding Curlew in Ireland. Results from a survey funded by the National Parks and Wildlife Service over the last two years show that just 130 breeding pairs of this bird remain in the Republic of Ireland and that the species is facing extinction here within the next 10 years if emergency action is not taken.  You can download a podcast of last week’s edition of Seascapes featuring Jim Wilson on the plight of the curlew...

Indeed I was on the banks of Lough Lein at the Lake Hotel in Killarney last weekend  in magnificent weather and the range of bird life was wonderful including a resident curlew amongst the many other species....

Dr Deirdre Ni Conghaile , Research Associate , Digital Cultures Initiative, Moore Institute , NUI Galway ......as Deirdre mentioned ...  “Atlantic “   is the  new feature documentary from Risteard O’Domhnaill the film maker who made The Pipe . Narrated by Emmy Award-winning actor Brendan Gleeson, the film explores ocean resource mismanagement across Ireland, Norway and Newfoundland  . When traditional fishing communities meet big oil and overfishing, what does the future hold  ? Not to be missed......thats  “Atlantic “ the excellent documentary from Richie O Donnell which  is  being screened this coming week on RTE One television on Thursday next 8th of December @  10.15pm .

An extract from “I’ll Go”   Composed by Jerry Early .....Remembering  Arranmore islanders who lost their lives at sea in 1940 in the great loss of life at sea off the coast of one of our most beautiful offshore islands......you can download “I’ll Go” on itunes  and read more on the Seascapes webpage....... 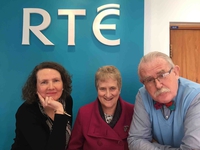 Next here on Seascapes to the winners of the inaugural Write By the Sea writing competition  who are Imelda Carroll from Wexford for her prose piece, The Vigil, and Mary Kavanagh from Wicklow for her poem, My Friend Never Saw the Sea.”

Lucy Moore, Chairperson of the Write By The Sea organising committee, says “the judges, renowned writers, Billy Roche, Cat Hogan and Peter Murphy, were impressed with the high calibre of this year’s entries.......... So last week we invited Imelda and Mary to join us  in  the Seascapes studio to read their winning  entries..first to Mary Kavanagh from Wicklow and her poem ...“My Friend Never Saw the Sea”

From Mary Kavanagh who is a keen radio fan to Imelda Carroll of Wexford who won the “Write By the Sea” literary festival in the short story category with her entry “The Vigil” ..

That’s it for this week here on your maritime programme....on the sound desk this week  Bryan Fitzpatrick ,  next week  here on SEASCAPES   the intrepid Dr Fred Hocker of the VASA Museum  in Stockholm talks  to  Seascapes about his work and how the vessel was doomed to fail   ; Gery Flynn , Features Editor of Inshore Ireland magazine  on the latest edition ;  Dr Jimmy Murphy of MaREI on the LEANWIND Project at the Lir National Ocean Test Facility in Ringaskiddy  following a recent 2 day conference ; and author and journalist    Emma Jane Kirby on her book “The Optician of Lampedusa” – the Seascapes maritime book of the year ....we’ll have all that and more until next  Friday night tight lines and fair sailing”

Taking place annually for the past 11 years the Programme has supported competitions, learning experiences, community, historical and educational events for people with and without disabilities across 1000's of communities nationwide. Involving angling, canoeing, rowing, sailing and power-sports, arts, history, drama, learning new skills, these events have most importantly been about having fun.

Sharon Lavin, Head of Marketing and Communications with Waterways Ireland stated that “The Waterways Ireland Events Programme supports 100's of community events. The new vision for the Event Programme will activate event organisers to consider how they can build in ongoing activity and sustained use of the waterways corridors into their event.   Tourism & participation in recreation has a social and economic impact in waterfront communities, and events are a great way to engage communities with previously under-utilised waterways."

For the first time, applications can now be made online. The application form and guidance notes can be viewed, and completed online at https://eventsprogramme.waterwaysireland.org . Terms and conditions apply. The closing date the receipt of completed applications is 17th January 2017. 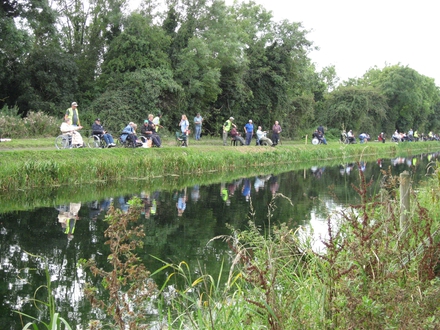 Titanic Belfast has just been crowned the ‘World’s Leading Tourist Attraction’ at the prestigious World Travel Awards in the Maldives. This is the first time the prestigious accolade has been brought home to Ireland. Please find attached media release and photography.

·         With over 1 million votes cast from over 216 countries in the red-carpet awards, known as the ‘Tourism Oscars’, Titanic Belfast was crowned as the World’s Leading Tourist Attraction. It beat off stiff competition from eight global finalists, including Ferrari World Abu Dhabi, the Las Vegas Strip, USA, Machu Picchu, Peru and Guinness Storehouse, Ireland.

Titanic Belfast has been crowned the ‘World’s Leading Tourist Attraction’ at the prestigious World Travel Awards in the Maldives.

With over 1 million votes cast from over 216 countries in the awards, known as the ‘Tourism Oscars’, Titanic Belfast was crowned as the World’s Leading Tourist Attraction. It beat off stiff competition from eight global finalists, including Ferrari World Abu Dhabi, the Las Vegas Strip, USA, Machu Picchu, Peru and Guinness Storehouse, Ireland.

Conal Harvey, Titanic Belfast’s Executive Vice-Chairman, said; “We are delighted that the World’s Best Attraction is now officially in Ireland! Over the past few years, we have continued to go from strength to strength but to be voted the World’s Leading Tourist Attraction by both the industry and the public for excellence in tourism and our original product, is really the jewel in our crown. The Titanic story captures hearts and minds throughout the world and at Titanic Belfast, this is no exception. Our interpretation of the story and ability to engage with visitors on many different levels has been fundamental in winning this award. Through this award, we hope to drive more footfall to the island. As Vice-Chairman, I would like to thank our passionate and talented staff and all our supporters that voted, locally and across the world, to help us reach this iconic goal of being the World’s Leading Tourist Attraction.”

The public, industry partners, well-known personalities, politicians, sports stars and businesses provided their support to crown Titanic Belfast ‘King of the World’, on par with previous winners including the Taj Mahal, Las Vegas Strip and the Pyramids of Egypt. 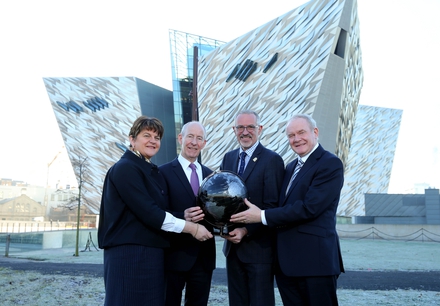 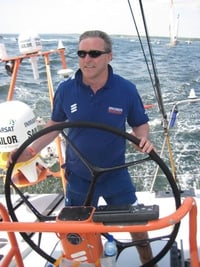