Nialls book, The Nuts and Bolts of Songwriting, is still available. 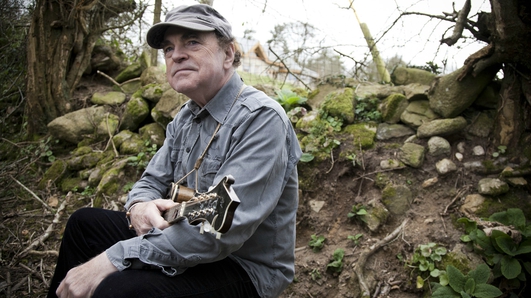 Niall Toner brings you the latest and best of Roots and Americana music.

Niall Toner is, first and foremost, a music fan, and if he wasn't presenting Roots Freeway, he would be at home listening to the same variety of music himself. Niall says that being on Radio One is just like having a hobby turn in to a job, and the thrill of bringing such a wide range of Roots music to such a large audience is both an honour and a pleasure.

Niall was born in Dublin, and nurtured an early interest in music by tuning in to Radio Luxemburg and the AFN radio service from Germany. The saturday night re-broadcast of the Grand Ole Opry from Nashville was his first exposure to Country music, and when a local schoolfriend showed up with a collection that included the music of Hank Williams, Bill Monroe, The Carter Family and Jimmy Rodgers, Niall's musical fate was sealed.

As well as presenting Roots Freeway, Niall is a songwriter and a musican, playing guitar and mandolin with his own NTB, and his songs have been recorded by Bill Wyman, The Nashville Bluegrass Band, Albert Lee and The Special Consensus, to name but a few. Niall alsso writes extensivley on the subject, and his articles have been published by Hot Press, Maverick and Country Music Plus. He is also the authour of Nuts and Bolts, a guide to writing better songs. Niall and his wife, Moira, live near Myshall in Co. Carlow.

Niall has just released a new album of original songs and tunes on Pinecastle Records. It's called Onwards and Upwards, and is available from iTunes and on CD in all Record Shops The Heart Of California

Gimmie A Ride To Heaven, Boy

The Country That You Came From

The Good Is Gone

Will Ye Go To Flanders?