Cathy Farrell is from Kilbeggan in Co Westmeath. She has been a journalist since the mid-1990s, working in the Midlands as a cub reporter before moving to 96FM in Cork, and then on to Dublin.

She has been involved in covering virtually every major story since then, from the Omagh bombing and the Sophie du Plantier murder investigation to the economic crash.

She joined Radio Ireland in 1996. The station later changed its name to Today FM where Cathy was head of news prior to joining Morning Ireland.

Cathy has a particular interest in politics and international affairs, and holds a diploma in leadership, strategy and innovation from the Irish Management Institute. 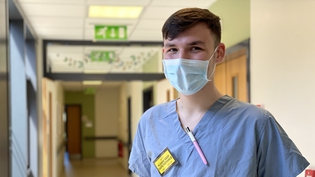 Philip Bromwell reports on 17-year-old Brandon Fay, who was hospitalised with coronavirus and has returned to his work experience placement at the hospital that treated him. 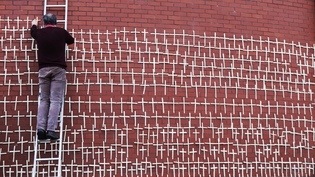 The Wall of Crosses: Grief made visual

Cian McCormack reports from a church in Dublin where the priest and parishioners are remembering those who've died with Covid-19. 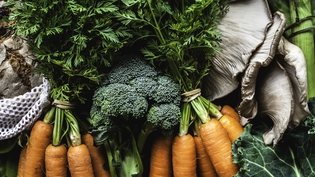 What's happening down on the farm?

Paschal Sheehy, Southern Editor, meets up with some local producers hoping to be back selling their produce in the farmers' markets next week.