The Week In News

Presented by Petula Martyn who speaks to Colin Hunt, CEO of AIB.

Pope Francis visits Iraq after years of war and terror

Sofia Barbarani, a journalist based in Baghdad, reports on how the Pope's visit to Iraq will impact on the Christian minority there.

What's next for the Northern Ireland Protocol?

Peter Sheridan, Chief Executive of peace-building charity Co-Operation Ireland, on the anger among unionists over the Northern Ireland Protocol.

Sean O'Sullivan, owner of Dan Murphy's Bar in Sneem, Co. Kerry, on how all the over 70s in the town have been vaccinated.

Dublin parishes told not to give communion

Cian McCormack reports on a warning from the Archdiocese of Dublin to parishes not to give communion after online masses to parishioners turning up inside or outside churches.

Is peaceful protest possible during a pandemic?

Liam Herrick, Executive Director of the Irish Council for Civil Liberties, wants the Government to issue guidelines for 'peaceful protests' during the pandemic.

Concerns over possible link between Covid-19 and stillbirths

George Lee, Science Correspondent, discusses preliminary reports of four stillbirths that are potentially linked to Covid-19, and what was said at yesterday's NPHET briefing.

Joan O'Sulivan speaks to two GPs who have yet to received vaccines for their patients who are over 85.

Buckingham Palace investigates allegations of bullying by Duchess of Sussex

Tony Connelly, Europe Editor, on yesterday's move by the British government to unilaterally change how the Northern Ireland Protocol is implemented.

Sinéad Crowley looks ahead to the Choice Music Prize which celebrates the Irish album of the year and because of Covid-19 restrictions it's taking place on 2FM's Tracy Clifford show and live on the RTE Player.

Simon Coveney, Minister for Foreign Affairs, talks about the UK changes to the Protocol and also the role of the Defence Forces in Covid-19.

Orla Guerin, International Correspondent, with the BBC, reports on the humanitarian crisis unfolding in Yemen.

McGuiness: talks to continue 'in a more difficult atmosphere.'

Mairead McGuinnes, EU Commissioner, discusses her reaction to the UK decision to change the Brexit terms.

Mícheál Lehane, Political Correspondent reports that the Tánaiste, Leo Varadkar, has suggested that a coalition TD taking a High Court challenge against the Government is worse than voting against it in the Dail.

Grainne Humphreys, Dublin International Film Festival Director, discusses the festival's move to a fully online experience due to Covid-19, and how the industry has been hit a year into the pandemic.

Robert Shortt, Economics Correspondent, looks at how the national grid will function if the Climate Action plan targets are reached.

Maeve Lewis, Chief Executive officer of One in Four, sayswe could be looking at very large numbers of people abused by Fr Joseph Marmion.

Elena Secas, Labour Party Councillor with Limerick City and County Council, says the Castletroy street party is the latest of many worries for local residents.

Government accused of putting the banks before people

Covid-19 having life-changing impacts upon some

Helen Donohoe speaks to people suffering the effects of 'long Covid'; Dr. Liam Townsend, Specialist Registrar of Infectious Diseases St James's Hospital, says one year on from the start of the pandemic there are a number of patients who still have persistent symptoms.

Presented by Brian Finn who speaks to Eamonn Crowley, CEO at Permanent TSB. 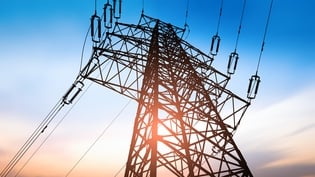 Robert Shortt, Economics Correspondent, looks at how the national grid will function if the Climate Action Plan targets are reached. 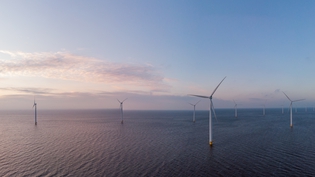 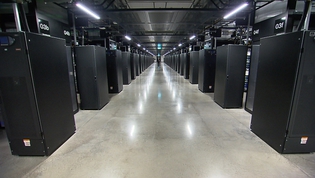