Liz Nugent is a writer of award-winning psychological suspense novels Unravelling Oliver (2014),  Lying in Wait (2016) and Skin Deep (2018). They all topped the Irish bestsellers' list, have won multiple Irish Book Awards and have been optioned for screen adaptations. Her books have been translated into 14 languages.
In Oct 2017  Liz won the Irish Woman of the Year Award for Literature. Liz has also written extensively for radio and television.

Declan Meade is founding editor and publisher of The Stinging Fly literary magazine. He run The Stinging Fly Press and has edited several highly acclamed short-story anthologies including These Are Our Lives (2006), Let's Be Alone Together (2008) and Stinging Fly Stories (with Sarah Gilmartin, 2018)

Sinéad Crowley is Arts and Media Correspondent with RTE News, working for television, radio and, online and is an experienced broadcaster and commentator in both English and Irish. Sinead is also author of the DS Claire Boyle crime novels, published by Quercus. The first three books in the series, Can Anybody Help Me?, Are You Watching Me? and One Bad Turn were all shortlisted for Crime Novel of the Year at the BGE Irish Book Awards. Sinéad also contributed to Trouble is Our Business, an anthology of Irish crime fiction published by New Island and is currently working on her fourth novel. 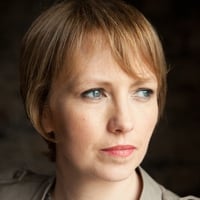