Listen back to the RTÉ Radio 1 Folk Awards here:

To mark the inaugural RTÉ Radio 1 Folk Awards which took place in Vicar Street on 25 October 2018, RTÉ Radio 1 presents an accompanying five part feature series exploring some of the myriad strands that make up the world of Irish folk music.  These programmes are produced with support from the Broadcasting Authority of Ireland. For further information go to www.rte.ie/folkawards or email folkawards@rte.ie

In Search of Song

English singer and song collector, Sam Lee, meets some of the Irish traveller families from whom the late Tom Munnelly collected songs in the 1970s. The programme includes original recordings by Tom Munnelly from the National Folklore Collection UCD and archive material from the RTÉ Archives - listen here.

Featuring Martin Hayes and the music of Loah and Nava, we take a look at how the merging of cultures is reflected in the music of Ireland at the moment - listen here.

As 1968 began, Van Morrison was at his lowest ebb, but as 1968 drew to a close, he had transformed the sound of his music, signed to Warner Brothers, and recorded Astral Weeks - now regarded as one of the greatest album of all time. How did Van Morrison turn his life and career around so dramatically that year? And who were the people and what were the events that made it possible? - listen here.

Niamh Dunne is the fiddler in Beoga, Ed Sheeran’s favourite Irish band. In The Road Well Travelled, she delves into her musical heritage alongside her father, piper Mickey Dunne. Her grand-uncles The Blind Dunne Brothers were very popular travelling musicians who toured Ireland in the 50s and 60s, and for the first time Niamh takes a closer look at her rich family history - listen here.

Sing It Out Loud

Sing It Out Loud looks at the Irish protest songs of today; who is singing them, what are they about and do they have any impact at all? The programme features Terry Moylan, Aileen Dillane, Stephen James Smith and Lisa O’Neill - listen here. 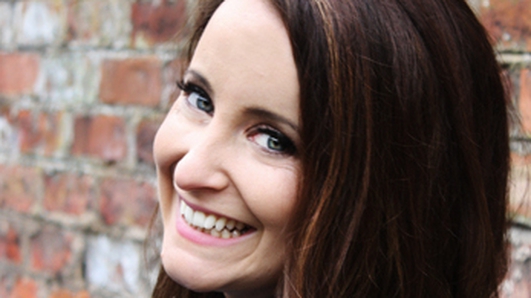 Niamh Dunne is the fiddler in Beoga, Ed Sheeran's favourite Irish band. She delves into her musical heritage alongside her father piper Mickey Dunne.