An Irish General in the British Army who outfoxed Rommel during the Second World War, yet was sacked by Churchill. Turning his back on the British, he became an advisor for the IRA during the 1950's. Who was this Irish maverick? (2017)

In the 1950's in Cootehill, Co. Cavan, the local children knew that the landlord in the Big House was a bit unusual: he wore khaki shorts and was nicknamed 'The Brigadier'.

What they may not have known was that he had been an actual brigadier-general in the British Army in World War II.

He had outfoxed Rommel in North Africa, turning the tide of the desert war, but had fallen foul of Montgomery and was fired by Churchill.

The Brigadier was so embittered at his treatment by the British Army that he returned to Ireland where he assisted the IRA during the Border Campaign of the 1950's.

He had already changed his name from Eric Dorman-Smith to the more Irish-sounding Eric Dorman-O’Gowan.

The Brigadier was married twice, stood for election in Cavan, and one of his closest friends was the writer Ernest Hemingway.    Hemingway based several characters in his books on The Brigadier.

So, the Cootehill children were right, The Brigadier was unusual.

50 years after The Brigadier's death, producer Pavel Barter, whose grandfather taught Eric in military college, tells his story in this Documentary On One production entitled, appropriately, "The Brigadier". 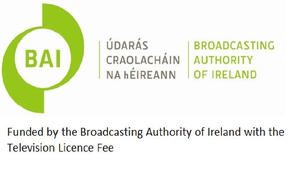