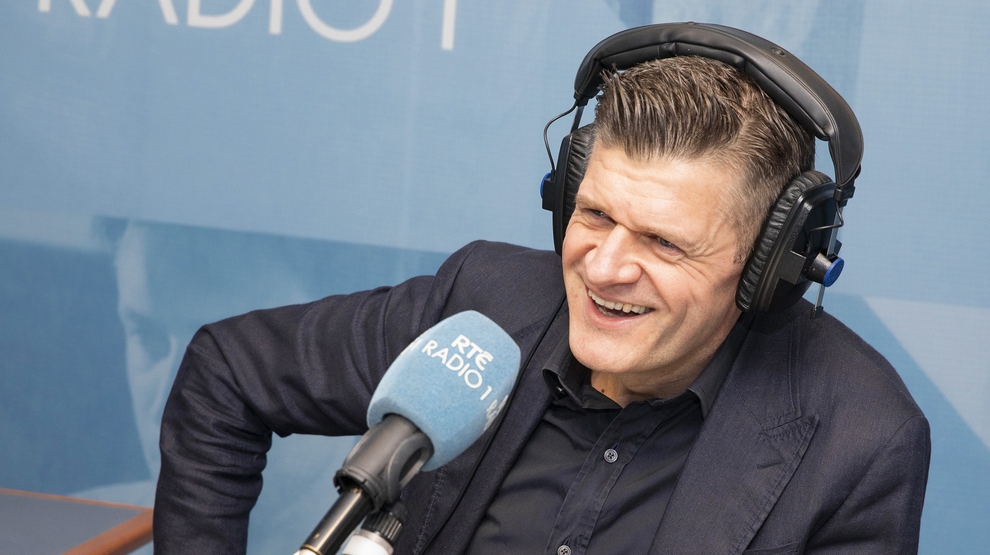 Series Producer of RTÉ’s Arena Kay Sheehy and TV & Radio Producer Eoin Sweeney share their tips for what to see this week.

Award winning Director?and film maker Jim Sheridan talks about his documentary?'Murder at the Cottage: The Search for Justice for?Sophie'.

Lily Ramirez Foran shares her easy Mexican recipes with Brendan. Click the recipe tab above for the recipes.

Awake Your Power Within

This summer IT Carlow is launching Ireland’s first summer school for teen influencers. Brendan spoke with Dr. Irene McCormick who is leader of the Creative Hub and influencer Lauren Whelan.

Comedian Jason Byrne chats with Brendan about real life gigs and the ‘Mind Your Loaf’ mental health podcasts. Freediver Claire Walsh also joined to chat about how she got going with freediving.

Keeping up with the Johnsons at the G7 summit

Columnist with The Guardian Dawn Foster joined the programme on the morning after the Corwall beach BBQ hosted by British Prime Minister Boris Johnson and wife Carrie for the G7 world leaders.

Freelance Pop Culture Journalist Jennifer Gannon and Film Critic and Journalist with the Business Post John Maguire take a look at what's on this week in film and TV.

Brendan chats with Clinical Psychologist Dr Tony Bates on how to deal with uncertainty.

Brendan chats with Hot Press Deputy Editor Stuart Clark about the moment Van Morrison took to the stage in the Europa Hotel.

Chef Brian McDermott wants to encourage people to take advantage of the wonderful seafood available on our shores, and shares some simple recipes.

UCC Senior Lecturer in the School of English and Director of Creative Writing Eibhear Walshe shares his writing tips.

Brendan chats with rapper Vanilla Ice about his new podcast series 'Sport’s Strangest Crimes' on BBC 5 Live. The series, is merging true crime and sport and will tell the remarkable story of the kidnapping of Shergar.

Immunologist, Body Clock Expert and Senior Lecturer at the RCSI University of Medicine and Health Sciences Dr Annie Curtis on pilot events, Covid data, and the best time of the day to exercise.

Still on a high after his gig in the Iveagh Gardens, James Vincent McMorrow chats to Brendan about his life and music career.

Singer songwriter Aoife Scott and Producer Eoin Sweeney take a look at what's on this week in film and TV.

Julian Vignoles, author of?‘ Rory?Gallagher, the man behind the guitar’ talked about why Rory's legacy lives on.

Professor Martin Seligman spoke about positive psychology with Brendan. The Centre for Positive Psychology and Health at the RCSI University have a free online public course on 'The Science of Health and Happiness'.

Sinéan O'Connor had a chat with Brendan about why she made the decision to retire.

Presenter Eoin McGee talked about how to reset your finances and your life! The next series of 'How To Be Good With Money' starts filming soon. If you would like to take part, all the info and application form can be found at RTÉ’s Audience Participation page: rte.ie/tv/audience-participation You can also email money@indiepics.ie or call: 01 708 8191

James Vincent McMorrow will play at the first concert since the pandemic began, on June 10th at the Iveagh Gardens.

With the news that Google will charge for Google Photos, Adrian Weckler gives his tips on the best way to store digital photographs.

The importance of holidays

Clinical Psychologist Maureen Gaffney joins Brendan to talk about the benefits of holidays.

Michelin Star Chef Ross Lewis, of Dublin’s Chapter One talks about his decision to step aside from the kitchen after 29 years, and his new partnership with Finnish chef Mickael Viljanen.

Sinéad O'Connor chats to Brendan about her new memoirs Rememberings.

Enya Martin, Comedian and Content Creator, spoke to Brendan with Nadine O’Regan, Editor Business Post Magazine and Brian Reddin, Producer and Director, ahead of the Friends Reunion, which will be available to stream this week. Nadine and Brian also shared their tips for movies and TV this week.

Languages of the Truth by Salman Rushdie

Brendan spoke to Author, Salman Rushdie about his new collection of essays called 'Languages of the Truth' in advance of the International Literature Festival, Dublin.

Brendan spoke to Siobhan Maguire, talkwrite.ie, about consumer advice for those booking holidays.

Brendan spoek to Professor Brendan Kelly Consultant?Psychiatrist?& Professor of Psychiatry at TCD, about the connection that food has with happiness.

Getting back into the office

Brendan spoke to Psychotherapist Coleman Noctor about getting people back into the office, following COVID 19 restrictions.

DarkMarket: How Hackers Became the New Mafia by Misha Glenny

Brendan spoke to Author, Misha Glenny about his book DarkMarket: How Hackers Became the New Mafia.

Brendan is joined in studio by the President of Ireland Michael D Higgins.

Crime Correspondent Paul Reynolds gave an update on the cyber attack on the HSE.

Freelance pop culture journalist Jenn Gannon and John Maguire Film Critic and Journalist with the Business Post shared their tips for movies and TV this week.

Writer Colum MCann shared his thoughts from his personal experiences and writing on the Israeli-Palestine conflict.