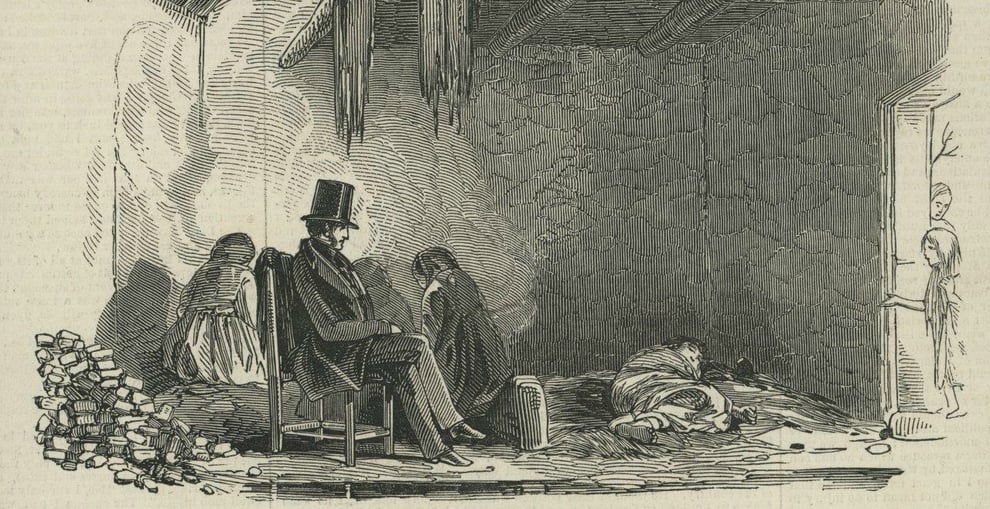 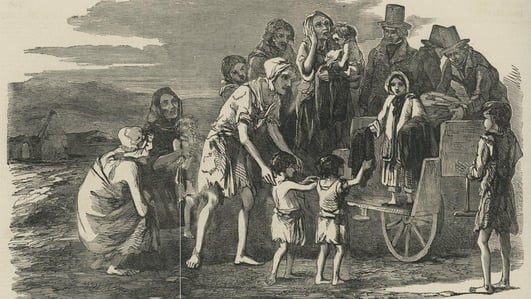 Blighted Nation: Episode Two - Did The British Cause The Famine? What Newspapers in the 1840s were saying:  There weren’t many contemporary songs or paintings which dealt with the famine. But there is a wealth of written material. So how was the famine reported by Irish and British newspapers and what sort of prominence did it take. Historian Roisin Higgins explored how newspapers of the day covered the Great Famine. Laissez Faire by Declan O’Rourke:  Post war Europe developed a social welfare system to provide certain minimum standards for people who have no means to support themselves. The Whigs under the leadership of Lord John Russell believed in laissez faire - that they should interfere as little as possible in the disaster that was unfolding in Ireland.   Singer, Declan O’Rourke has researched the famine for a series of songs he’s written about the biggest social catastrophe in Irish history. He chose Laissez Faire to sing on this programme.