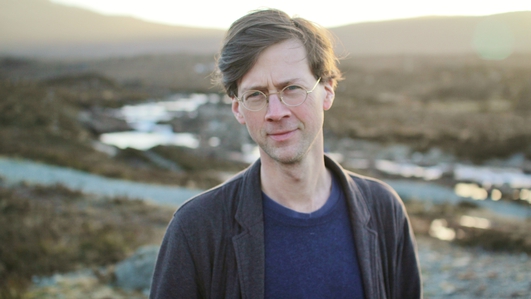 Over the course of five one-hour documentaries, Manchán Magan and producer Colette Kinsella head off on an unusual road trip around Ireland, meandering through the A to Z of the country’s most offbeat, intriguing, and even revelatory natural wonders.  The series marks 2017 Heritage Week.

Monday 21st August 2017:  In episode 1 we travel back in time to the ‘Age of Ice’ to find out where the natural heritage of ours began; we unlock the secrets of the Burren, challenge ourselves to find an extinct snail, and wallow under pitch black skies to marvel at distant constellations.

Tuesday 22nd August 2017:  Episode 2 brings us face to face with an iconic eagle, we discover delicious food in an urban laneway, we get away from it all and take solace in nature, and we sample ice cream flavoured with the very essence of the Burren in Co Clare.

Wednesday 23rd August 2017: The third episode takes us kayaking offshore, where we burrow under the earth’s surface through crevices in the Irish coastline, we dive into the ocean to listen to the extraordinary sounds of life beneath the waves, and we breathe life into the overlooked tradition of rolling in the Mayday dew.

Thursday 24th August 2017: Episode 4 celebrates people from the past and how they used nature to provide their daily needs, how they made fire to worship and bond with the Earth, and how a Dublin man harnesses the power of worms to create a vibrant community garden – and, perhaps, a blueprint for a sustainable future.

The Decline Of Iorn