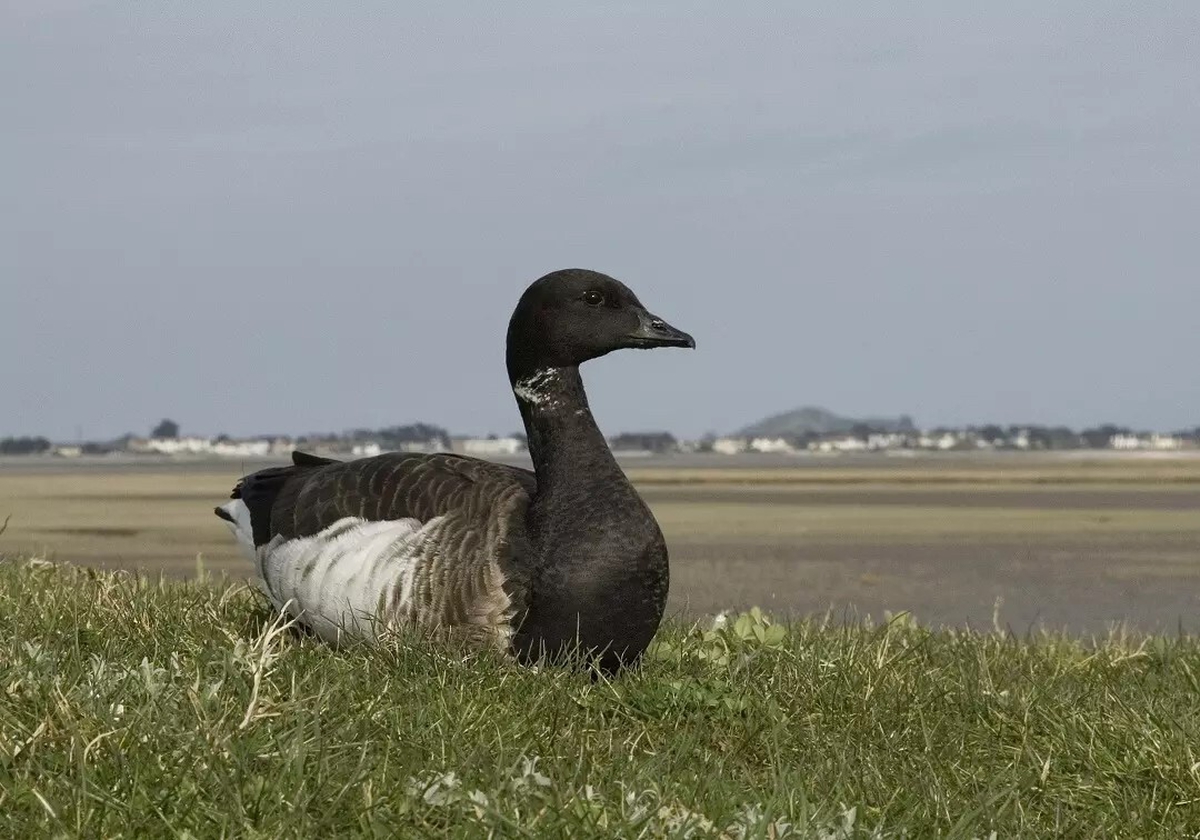 Autumn: the season when birdwatchers twitch with excitement

Autumn is the season when Ireland's birdwatchers tend to become rather excited. A time of change, with summer migrants departing for points further south and winter migrants arriving from the soon-to-be-frozen north, it is when rare vagrants, somehow sent off …

Autumn: the season when birdwatchers twitch with excitement

Autumn is the season when Ireland's birdwatchers tend to become rather excited. A time of change, with summer migrants departing for points further south and winter migrants arriving from the soon-to-be-frozen north, it is when rare vagrants, somehow sent off course, are most likely to turn up on Irish headlands, marshes, mudflats and islands.

People who travel specially to see these rare avian visitors are called "twitchers", and "twitching" is a growing pastime in this country. Today, news of the discovery of vagrant birds spreads rapidly, thanks to social media, dedicated websites and mobile messaging apps. It wasn’t always like this, however. For 20 autumns, Eric Dempsey ran the Birds of Ireland News Service (BINS), a dedicated telephone hotline, updated several times a day, which hopeful twitchers would call to learn of the latest rare bird sightings from around Ireland. 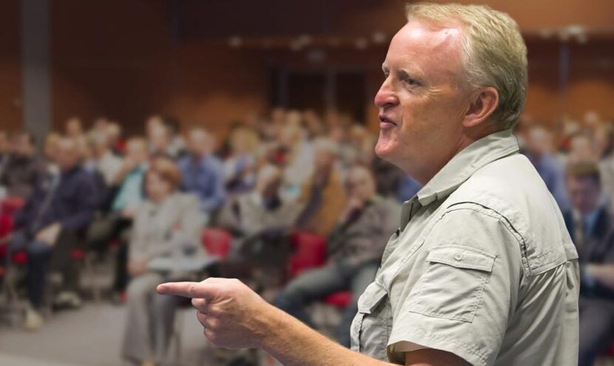 In tonight’s programme, Eric and Niall discuss why our island tends to attract so many rare birds, such as the rare Lesser Grey Shrike found recently at Galley Head, Co. Cork, where these birds come from and how they wind up here in the first place.

For more information about the latest rare bird sightings in Ireland, visit irishbirding.com

For crying out loud!

We have discussed the phenomenon of avian vocal mimicry several times before on Mooney Goes Wild. We have learned that quite a few species of bird have a remarkable knack for imitating the sounds that they hear in their environment, be it a starling copying the squeals of a car alarm or a parrot replicating its owner’s speech. The effect can be startlingly realistic, but regular listeners to the programme will know that there is one bird that knocks all others off their perches when it comes to vocal imitation: the Superb Lyrebird of Australia.

Superb Lyrebirds are fairly drab, medium-sized residents of dense, dark forest, where bright plumage colours would be of little help in trying to attract and impress potential mates. Rather than look spectacular, therefore, male lyrebirds have evolved to sound spectacular, rendering note-perfect imitations of the songs and calls of scores of other bird species that live in and around their breeding territories. When humans encroach on their territories, however, these birds quickly learn to mimic their sounds too, from the clicking of a camera shutter to the buzzing roar of a chainsaw. Now, Echo, a Superb Lyrebird who is a resident of Taronga Zoo in Sydney, has gone one further. Zoo staff and visitors alike have been astonished to hear him performing the crying "song" of a human baby, which sounds utterly indistinguishable from the real thing. On tonight’s programme, you can hear this amazing sound for yourself, as well as our panellists discussing why some birds mimic environmental noises, how they produce sound in the first place and what messages they are trying to convey to friends and foes alike.

The grass is always greener . . . or at least it should be

Each autumn, thousands of Brent Geese migrate from the High Canadian Arctic to Ireland, with Dublin Bay representing one of the most important sites in the whole world for these remarkable birds. A familiar sight to many residents of the capital, these small geese flock there each year in order to feed. Like other geese, they are grazers, and will happily eat the grass on playing fields, in parks and even on golf courses. Their favourite food of all, however, as well as the most important one, is eelgrass, an unassuming marine plant that is often mistaken for seaweed, to which it is entirely unrelated. 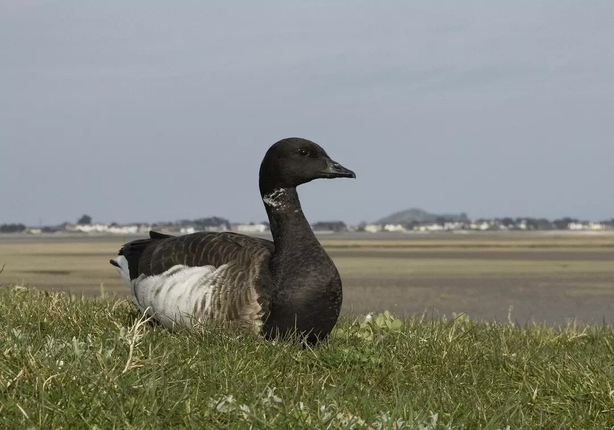 The small and scattered eelgrass beds of Dublin Bay provide vital nutrition for Brent Geese when they arrive each autumn, eager to replenish the energy that they have expended on the long trans-Atlantic migratory flight to our shores. This vulnerable plant has been showing signs of stress, with people and dogs walking over it and pollution in some areas causing it to lose its green colour and die off. This poses a threat to the Brent Geese, as well as to the countless fish, crustaceans and other marine organisms which dwell in it at high tide.

On tonight’s programme, Terry Flanagan and Niall Hatch visit Sandymount Strand, the site of one of Dublin’s most important eelgrass beds, to speak to Rita Hagan, who has carefully monitored this plant and assessed the threats facing it as part of her MSc studies at NUIG. We learn why immediate action is required to save it, how all beach-users can play a role in doing so, and just why this rather 'ordinary’-looking plant is anything but.

The ash is one of Ireland’s most widespread and celebrated native tree species, found in over 90% of our native woodlands. It supports a wide diversity of wildlife, providing countless species with food, shelter and places to reproduce. 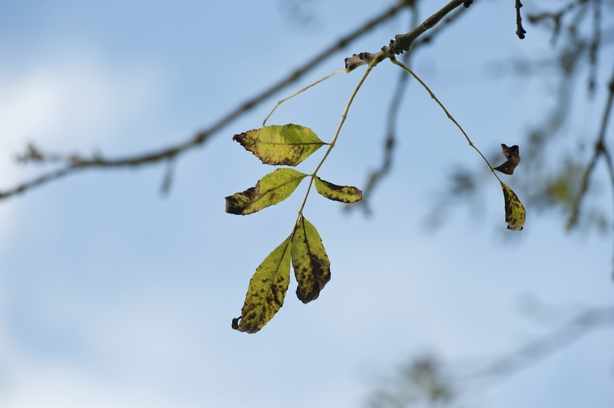 In 2012, a devastating new threat to Ireland’s ash trees was detected in Co. Leitrim: a fungus called Hymenoscyphus fraxineus, which originated in China and which was brought to Europe with imported trees in the 1990s. This fungus has expanded rapidly and has had a rapid and unprecedented effect on our ash trees, killing many. This Ash Dieback disease poses huge problems both to foresters and to wildlife, and is proving hard to combat. 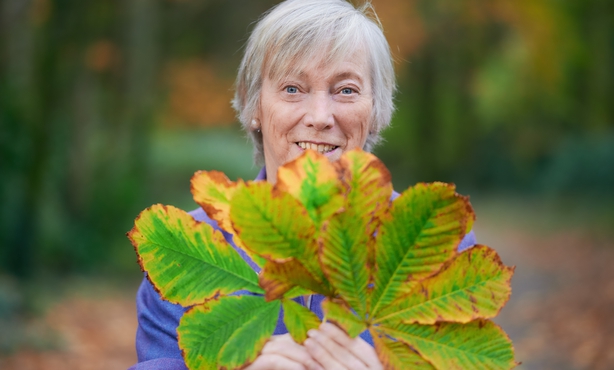 In addition to being a regular panellist on Mooney Goes Wild, Éanna Ní Lamhna is President of the Tree Council of Ireland and is very familiar with this issue. On tonight’s programme, she speaks to Joe Barry, a farmer and forester from Kilcock, Co. Meath, who has been hit hard by Ash Dieback, about this very worrying tree disease. Joe explains the impact this invasive fungal pathogen has had on the composition of our woodlands, how his own business has been affected and how the increased planting of non-native tree species may be the best way forward.

For more information about the Tree Council of Ireland, visit treecouncil.ie

Each summer, Ireland is home to tens of thousands of nesting Manx Shearwaters, with large colonies nesting on our offshore islands. Each autumn, these are joined by hundreds of thousands more "Manxies" from colonies in Wales and Scotland, migrating south for the winter along the Irish coast. These long-winged seabirds, related to albatrosses, are roughly the size of a Jackdaw or a pigeon, and they are headed for the coast of Argentina: an 11,000km journey that takes them less than 21 days. 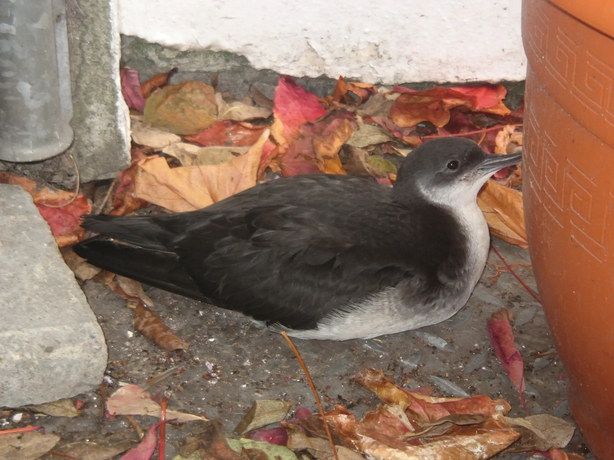 The more experienced adults usually make this epic journey with relative ease, but each year some fledglings will stumble at the first step, flying overland and becoming grounded. These groundings tend to happen where there are artificial lights from coastal villages and houses that disorient and attract the birds.

Because it is a diving bird, a Manx Shearwater’s feet are set quite far back on its body. This is great for swimming, but little help at all for walking on, or taking off from, land. If they become grounded in a town or village, they become easy targets for cats, dogs, foxes and other predators, and they are also at risk of starvation and of being hit by traffic.

On tonight’s programme, Niall Hatch tells us about BirdWatch Ireland’s campaign to help these stranded seabirds, and what listeners should do if they happen to encounter any of them over the coming weeks.

For more information about how to help stricken Manx Shearwaters, visit birdwatchireland.ie/grounded-manx-shearwaters-need-a-helping-hand/