COMEDY SHOWHOUSE, presented by RTÉ Radio 1 and Sideline Productions in association with the BAI and Grintage.

Join us for the Comedy Showhouse - a radio comedy festival and the first of its kind.

The HQ for the festival will be the Project Theatre in Dublin's Temple Bar beginning on January the 31st and running until February the 7th and resulting in 18 half-hours of original comedy which will be later broadcast on RTÉ Radio 1.

The Comedy Showhouse is an innovative festival that blends together the newest, finest and most established comics in the country along with live and interactive events. Featuring luminaries such as Sean Hughes, Deirdre O'Kane and Andrew Maxwell, there will also be new comedians (including the YouTube sensations Foil Arms and Hog) workshops and formats ranging from discussions, stand-up and the popular Don't Quote Me! one of the original comedies from RTÉ Radio 1 which builds on the huge success of Callan's Kicks.

Hear all about the Comedy Showhouse from Morning Ireland.

And here are some photos from the launch... 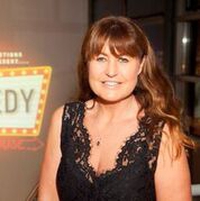 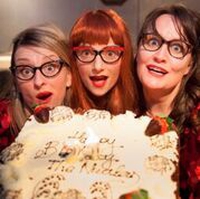 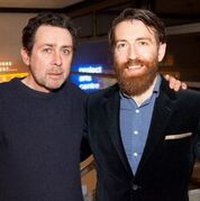 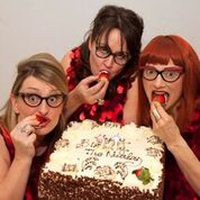 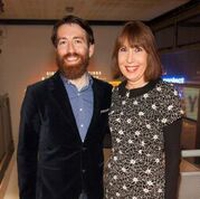 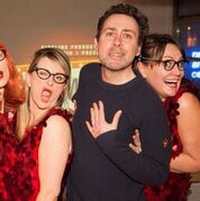 And you can hear some of the stars of the festival explain what exactly they will be doing, including Sean Hughes, Colm O'Regan and Maxine Jones... and music by The Nualas... listen here. 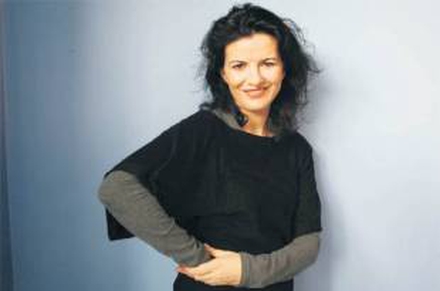 The star of the International Emmy award-winning Moone Boy and IFTA award-winning film Noble, Deirdre O’Kane hosts She’s Having a Laugh – featuring some of the best female comedy minds in Ireland today. All guests and Deirdre will be dipping into the comedy archives to celebrate the funniest women to have graced screen and radio through the years. The 'Loose Women' line up features actress Amy Huberman, comedy writer and playwright Fiona Looney, Film and TV producer and screenwriting tutor Rebecca O'Flanagan. This special show will be broadcast as a one special on RTE Radio One. Book now.

She's Having A Laugh – Deirdre O’Kane, The Nualas and Maxine Jones 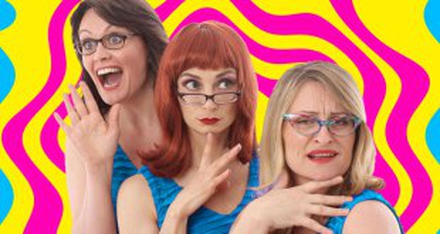 After the afternoon's chat show performance, Deirdre returns to welcome Ireland’s best female comedy writers and performers for an exclusive evening of brilliant female comedy. The Nualas have been touring the world of comedy now since 1995 so this year Ireland’s most celebrated female trio are off on a massive 21st birthday tour and offer their unique take on  life, love, showbiz and womanhood. Maxine Jones is one of Ireland’s first ever divorcees and she recalls her experiences first moving to Dublin, marriage and motherhood and embracing live comedy. Book now. 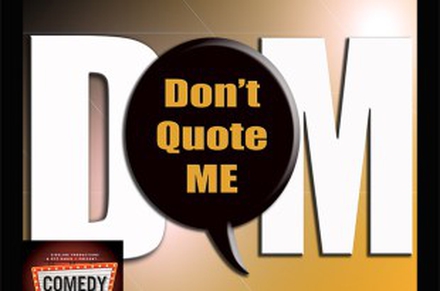 Three special live recordings of the hit panel show Don’t Quote Me! will star a host of Irish comedy greats and will be hosted by the brilliant Sean Hughes. Joining Sean are comedians Andrew Maxwell and Karl Spain and writer and broadcaster Fiona Looney. Each night, the three resident panelists will be boosted by well-known guests from all walks of life. So, on Monday, Al Porter is in the house, Tuesday, it's the turn of legendary star Marty Morrissey and on Wednesday, historian and comedy fan Diarmaid Ferriter braves the panel’s bullets. Book now. 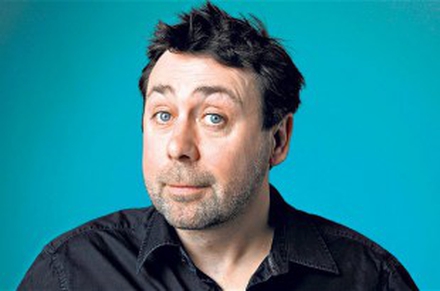 The award-winning comedian – star of Channel 4’s Sean’s Show; BBC’s Never Mind The Buzzcocks; ITV’s Last Detective and The Commitments – returns to Dublin to record his exclusive show for the Comedy Showhouse. The youngest ever winner of the international Perrier Award at the Edinburgh Festival, Sean Hughes has written fiction and poetry books plus toured the world with his stand up and one man shows.Voted one of the Best 40 comedians of all time, Sean performs a full evening show  in what should a magic evening of comedy taking us on a journey from his childhood in Dublin, emigration to London and his relationship with Ireland, family and fame. The performance will be  broadcast later on RTÉ Radio 1. Book now. 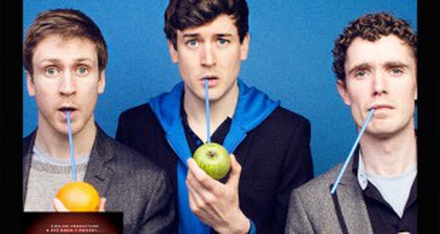 On the eve of their most extensive nationwide tour, Ireland’s best sketch group and fast-rising international screen stars arrive at the Project Arts Centre as one of the hottest acts in comedy. With over 25 million Youtube views, Foil, Arms and Hog are on the crest of a wave. Again, the performances will be broadcast later in the year on RTE Radio 1. Book now. 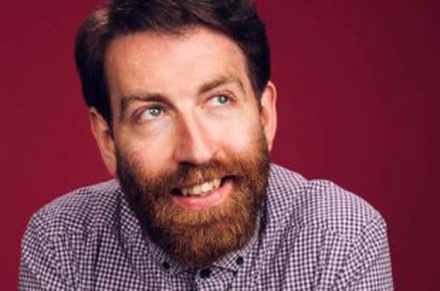 Comedian, BBC Radio presenter, star of Kilkenomics and best-selling author of the Irish Mammies series, Colm O’Regan brings his unique storytelling to the Project stage and unpicks the linguistic foibles that characterise this nation of ours. Colm’s show has been specially adapted for RTÉ Radio One and will also include some exclusive live material based on his best-selling books. This evening, Colm will be joined by two of Ireland’s top comedy actors Tara Flynn and Paul Tylack in a series of specially written sketches. The performance will be broadcast later. Book now. 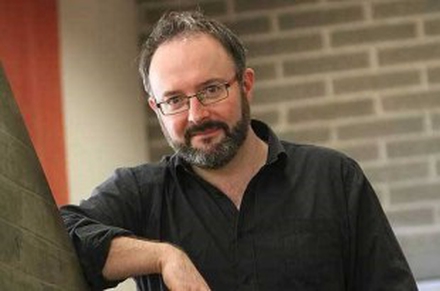 Writer, satirist and musician, Paddy Cullivan and his special guests look back at Irish satire through the years – from Hall’s Pictorial Weekly to Scrap Saturday, Callan’s Kicks to Bull Island to The Savage Eye and will incorporate both chat and performance. Paddy is joined by writer and actress Tara Flynn, blogger and writer John Moynes, comedian John Colleary (Pictorial Weekly) and the legendary Sean Hardie – ex-BBC producer and director and writer TV comedy and satire (Not The 9 O’Clock News, Spitting Image, Bremner Bird and Fortune). Book now. 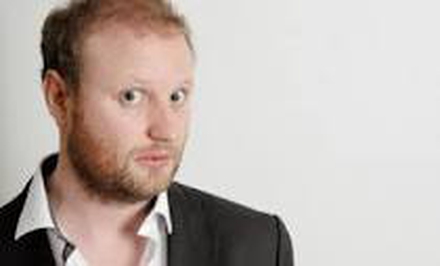 Fred Cooke has rapidly emerged as a comedy one off. A trained musicologist a guitar is never far away and expect some of the freshest comedy in Ireland today. TV host and actor Aindrias De Staic – aka Shtax. Known for his wild energy, quick wit and musical talent, the man from Magooga already sells out venues worldwide so don’t miss your chance to see him live. Gearóid Farrelly is a regular at Irish and Edinburgh comedy festivals. A seasoned radio and TV performer, Gearóid brings his own world of comedy along with special guest comedy actress and Oscar-nominated writer Kathleen O’Rourke. Book now.

All of these shows will be free. After the workshops, if there are places free in the main theatre, you can take a seat.

A workshop on writing comedy for radio and how to pitch your ideas. More details to follow.

Introduction to comedy writing for new writers, YouTube creators and producers and will be interactive with VT clips and sample scripts. Hosted by comedy script editor and producer Billy McGrath, the session was originally developed for the ARISTA script workshop (British Screen UK/ STI) and The International Entertainment Masterclass (Lucerne).

Exclusive workshop and Q&A with Ireland's most successful comedy film producers for Treasure Films. Producers Rob Walpole and Rebecca O'Flanagan plus writer/director John Butler about their experiences developing and producing Irish comedy films for Hollywood and the global market.

Tickets and more information from the Project Theatre. 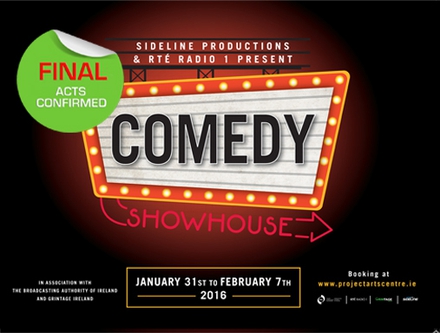