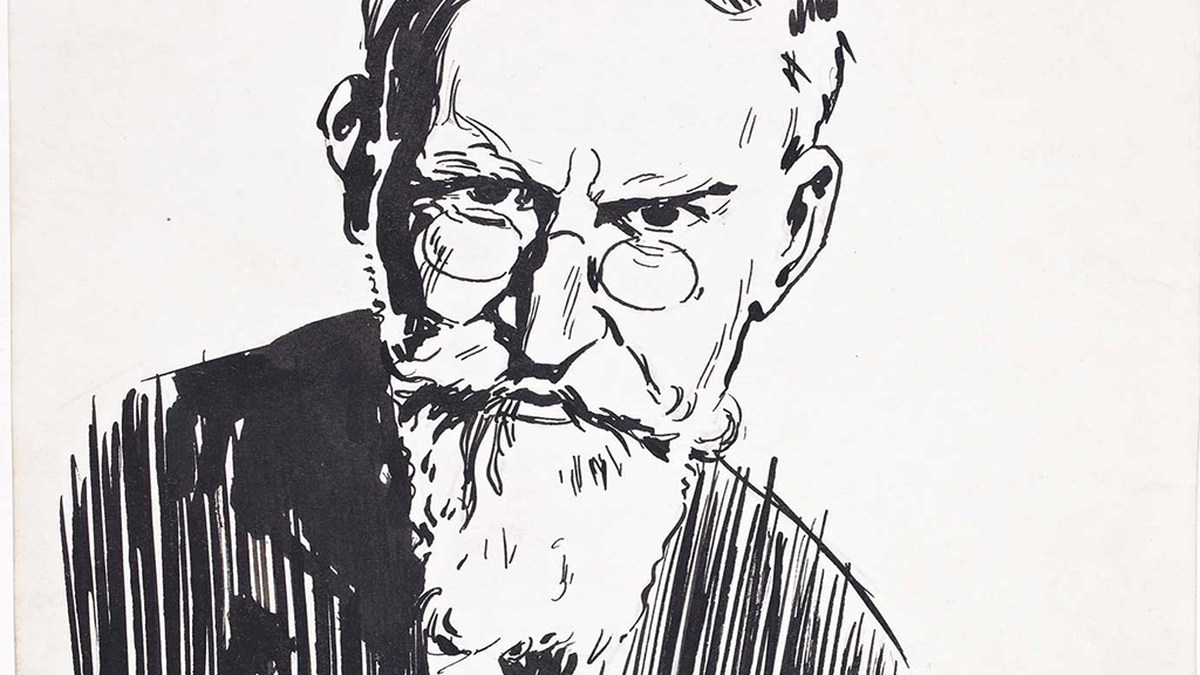 A celebration of one of Irish literature’s greats; George Bernard Shaw. Born in Dublin in 1856, Shaw initially struggled for success before plays such as 'Pygmalion' brought him to the attention of the theater going public. (First Broadcast 1991)

George Bernard Shaw (1856-1950) was born in Dublin, the son of a civil servant. His education was irregular, due to his dislike of any organized training. After moving to London as a young man, he established himself as a leading music and theatre critic in the 1880's and 1890's and became a prominent member of the Fabian Society.

He began his literary career as a novelist; as a fervent advocate of the new theatre of Ibsen, he decided to write plays in order to illustrate his criticism of the English stage. Some of his most famous works inlcude Plays Pleasant and Unpleasant (1898). Man and Superman (1903), Back to Methuselah (1921), Saint Joan (1923), Major Barbara (1905), and Pygmalion (1912).  It is a combination of the dramatic, the comic, and the social corrective that gives Shaw's comedies their special flavour.