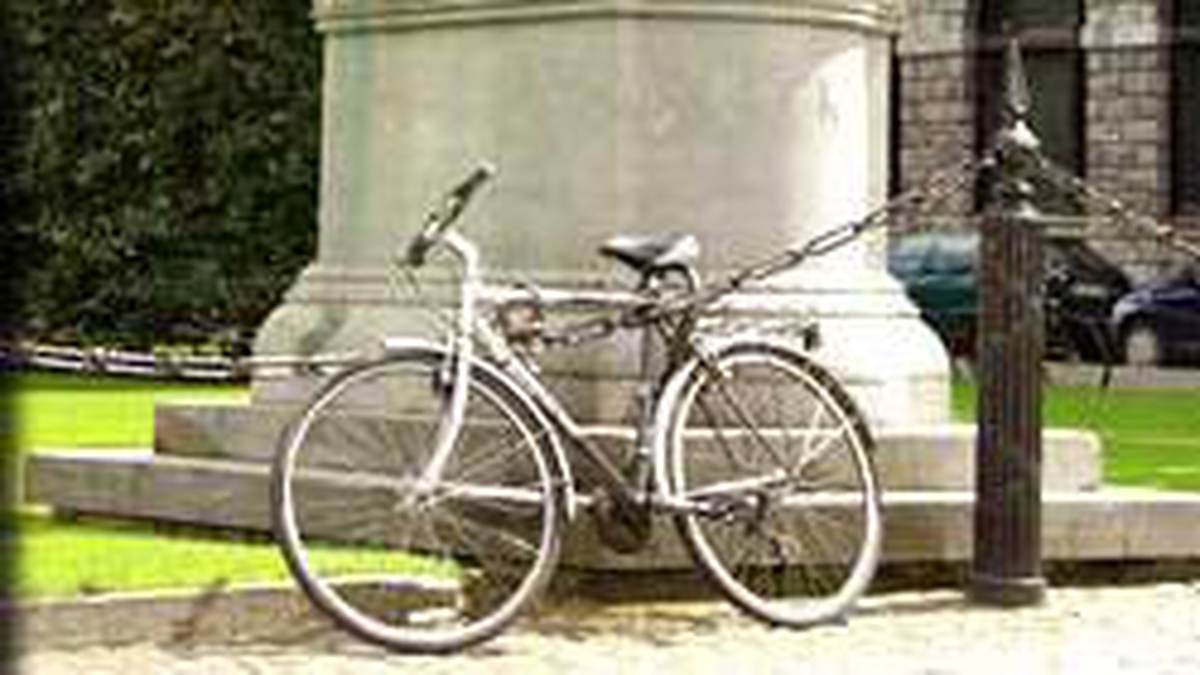 Geology meets architecture when Mary Mulvihill takes her tape recorder and bicycle around Dublin to view some little-known stones in buildings and sites around the city (Broadcast 1995).

This documentary is kind of geology meets architecture, when Mary Mulvihill cycles around Dublin visiting well known buildings and places to examine their stonework.

There have always been fashions in working stone. Presumably nearness and workability were the requirements when the first stone workers were in business, but as civilisations stone could be brought from far away for design features and machines were evolved to work harder materials.

Thus native granite and limestone were the chosen rocks of the city’s earliest masons, the Normans, and Christ Church Cathedral is on Mary’s itinerary. But in the classical 18th century Portland stone became the prized material and this Jurassic stone from Dorset, born when warm shallow seas swimming with strange beasts covered these islands, has now ‘returned’ in the façade of the Brown Thomas store on Grafton Street.