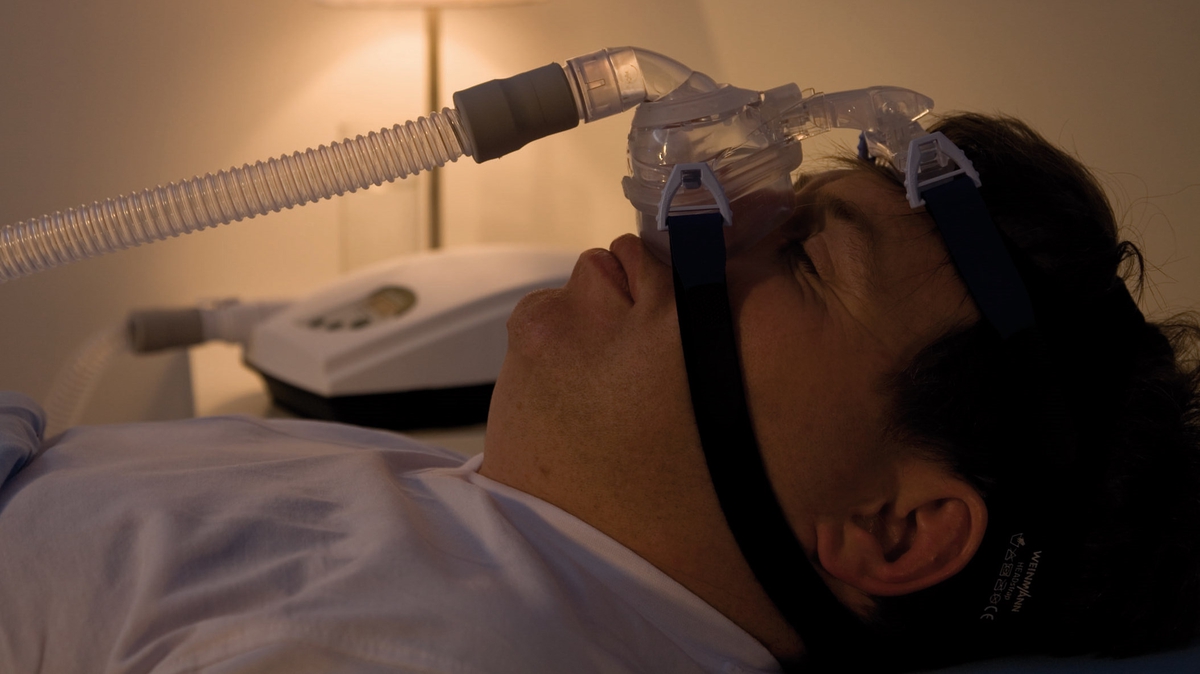 54-year-old Ray suffers from Sleep Apnoea, a disorder where the sufferer frequently stops breathing during sleep.We meet Ray's family, track his path to recovery and hear about the dramatic changes that a good night's sleep brings to his life.

Ray is 54 years old. He sleeps for six or seven hours a night. However, he still feels completely exhausted during the day and has to fight sleep constantly.

He dozes off on the bus on the way to work, sometimes missing his stop. He has trouble concentrating during the day and finds it difficult to stay awake at meetings. He worries that his work will suffer.

He nods off on the sofa after his dinner, and has been known to fall asleep in the middle of a conversation. What scares him most is the prospect of falling asleep at the wheel.

'It’s like as if the system just shuts down and I have to go to sleep - I have no control over it at all. I know that it’s coming, but there’s nothing I can do about it. I can’t stay awake for the life of me.'

Ray's daughter noticed that when he dozed off on the armchair, he would snore loudly, stop breathing and then start again with a big gasp. After looking up these symptoms on the internet and with some persuasion from his family, Ray realises that there could be more to the problem than just the tiredness.

We follow Ray to the sleep clinic in St. Joseph's Hospital in Raheny, where he undergoes a sleep study to determine what's happening to disturb his sleep during the night.

Ray is diagnosed with Obstructive Sleep Apnoea (OSA), but the results are more frightening than he expects. He discovers that he stops breathing on average twenty-six times per hour during the night. If his condition goes untreated, the consequences could be fatal.

We meet Ray's family, track his path to recovery and hear about the dramatic changes that a good night's sleep brings to his life.